Iranian workers welcomed the New Year on March 21 with COVID-19 illness spreading and without a set adequate minimum wage. The conversations surrounding the minimum wage continued in April and May 2020 with workers struggling with earnings that do not correlate with their costs of living. 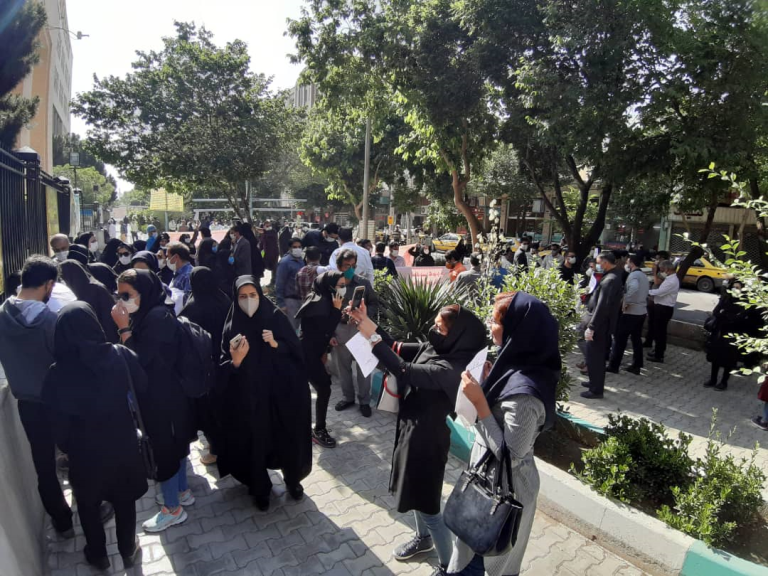 The 12th bimonthly Labor Rights Newsletter of Zamaneh Media that covers labor news and analysis related to the period of April and May 2020 is now available for download. 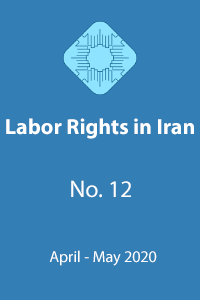 The spread of COVID-19, the resulting constraints, and how it affects workers’ jobs and lives continue to be a major issue in this reporting period. The outbreak of the coronavirus in Iran was followed by a wave of service and manufacturing company closures. At least two million people are expected to lose their jobs. The Research Center of Iran’s Parliament (Majlis) has estimated that the country’s output during the first half of this year (March 21 to September 21, 2020) will be between 7.4% and 17.3% lower than last year.

A major issue for the workers who still have jobs in Iran in this reporting period is the increasing inflation, plunging value of Iranian currency compared to US dollar, increasing costs of living and a government that keeps delaying conversations on the minimum wage increase – a demand that has been put forward by workers representatives.

Amid this situation, the Supreme Leader of the Islamic Republic, Ali Khamenei has called on workers, in his Nowruz message, to work harder and called for a “production leap.” The government and the judiciary approved and implemented policies to help employers to increase production.

Among those workers who still have jobs are nurses and personal care workers in the health sector. According to the Deputy Minister of Nursing at the Ministry of Health, 65% of the nurses in the hospitals covered by the ministry (equivalent to 80,856 people) are caring for COVID-19 patients. Most of the nurses work part-time and with temporary contracts through private contractor agencies. Although Iran’s healthcare system was already facing a shortage of nurses before the outbreak of the coronavirus and although the spread of the disease exacerbated the shortage, the Ministry of Health still keeps hiring applicants on temporary and short-term contracts to reduce costs.

The trend in the health care sector has been the firing of full-time workers and replacement of them with short term and part-time underpaid employees to reduce costs for the system. On April 15, a group of nurses at a private hospital in Mashhad were fired as Iran’s coronavirus outbreak continued to escalate. Farshid Al-Azmani Nodeh, Executive Deputy Director of Tehran’s Nursing Organization, said that at least 500 nurses in the province were fired, some of whom had been employed for more than 20 years. At Atieh Hospital in Tehran alone, 500 nurses were fired.

Iran is hard hit with COVID-19 and this has made the organization of major labor rallies impossible. The ceremony to mark International Workers’ Day – often a major event for Iranian workers – was not held.

However, the summoning and prosecution of workers and labor rights activists continue despite the spread of illness and the decreasing number of major labor rallies. This is mostly because workers protests – in the form of onsite gatherings- are ongoing. Delayed payment of wages, dismissals, and termination of employment and in Covid-19 times failure to provide protective equipment against the virus are the major concerns of Iranian workers in this reporting period.

The bimonthly newsletter aims to increase awareness regarding the situation faced by Iranian workers. The 12th report covers issues that occurred in April and May 2020. The report does not cover all labor issues or events that occurred during this period.

On May 1st every year, Zamaneh Media publishes an annual report examining major labor issues over the past year. On May 1, 2020, the Second Annual Report was published: