Fears of COVID-19 Spread in Iranian Prisons: Political Prisoners are Pleading to go on Leave

Political prisoners in the Greater Tehran Prison System have started a mass hunger strike to demand being released from prisons due to the rapid spread of coronavirus infections in Iran. 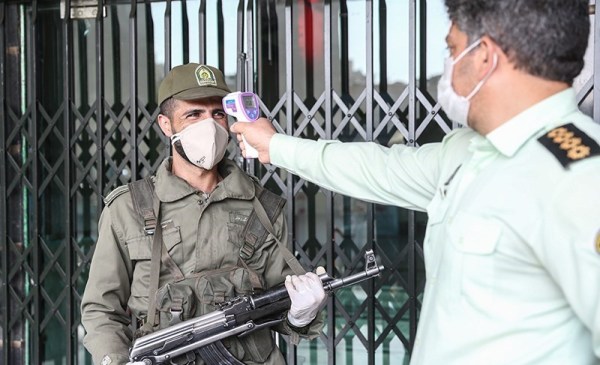 Some inmates have tested positive inside Iranian overpopulated prisons. The prison authorities are only transferring inmates from ward to ward as a solution and not implementing the social distancing policies recommended by the World Health Organization (WHO). 45 Iranian prisoners of conscious are on hunger strike as of the night of 16 March, in various prisons in the province of Tehran demanding emergency furlough.

The Islamic Republic’s Judiciary has announced that 85,000 prisoners are to be released on furlough from prisons all over Iran. This is amid fears that the coronavirus is spreading within the prison system. Iranian Judiciary, however, is refusing to release most of the political prisoners who have been sentenced to five years or more and those who have been charged with national security crimes. This is particularly worrying as many political prisoners in Iran – including 10,000 arrested in the November 2019 nationwide protests – are charged with national security crimes.

There is no clear rule on prisoner furloughs due to COVID-19 however. A handful of political prisoners have been released on hefty bails and with extra security measures. Nazanin Zaghari-Ratcliffe, the British-Iranian dual national, was one of them. She was released on 17 March, under the condition of wearing an ankle brace and not moving 300 meters away from her family residence.

Concerns are being raised for lesser-known prisoners including many who were arrested in the most recent waves of protests in Iran in November 2019 and Jan 2020. It is estimated that in the November 2019 protests after the hike in the price of gasoline, some 10,000 Iranians have been arrested. Rights groups have been trying to document the cases of lesser-known prisoners however the sheer numbers of them slow the work progress.

Nasrin Sotoudeh, the human rights lawyer who has been in and out of prison and is now being held in Evin prison serving a 12-year sentence, has joined the group of prisoners who have gone on hunger strike. In a letter from Evin prison on 17 March, Sotoudeh criticizes the Iranian political establishment calling it a police state that has put the whole country, including prisoners and their families in danger because of security measures:

“The same military and intelligence agencies that impose security measures are using such antagonistic policies to compromise the safety of this nation by insisting on keeping the political prisoners in prisons until the horrors of this killing virus spread to the lives of prisoners and their families.”

She insists on the closing of many prisons and allowing all prisoners including political prisoners to go home to their loved ones until this threat of COVID-19 is lifted. Sotoudeh writes:

Nasrin Sotoudeh is not the only prisoner on a hunger strike that has sent a letter out. Many unknown prisoners are also writing petitions and letters, urging the world to pay attention to their situation.
Soheil Alipanah, who was detained during the November protests, had previously called out to the world saying: “We are now buried alive in a mass grave.”

This 20 years old prisoner writes that the Iranian judiciary is allowing most prisoners serving criminal sentences to go home but it is keeping political prisoners inside the prisons:

“The injustices we witness in these prisons is even more painful when compared to the physical tortures like tasing and the beating we took with batons. With our own eyes, we see thieves, drug dealers, embezzlers, corrupt, real criminals being released on furlough or subject to other privileges. But the likes of me, who have worked hard labor during the day since adolescence and have gone to night school to get an education remain in prison.”

Inmates’ safety is even more of a concern since it has become clear that some prisoners have tested positive in Evin prison of Tehran, in Fashafuyeh prison and Rasht Prison in the province of Gilan.

On Tuesday 17 March, Kathy Radjabi the sister of conservationist Sam Radjabi (Rajabi) announced on twitter that her brother has contracted the COVID-19. She later wrote that Sam Rajabi was transferred to Taleghani hospital and back to prison out of fear of contraction of COVID-19. It is not clear if Mr. Rajabi was tested for the virus and if the results were available.

None of the eight conservationists who have been detained in Iran with security charges and have spent the past two years in prison have been granted permission to leave the prison. They have become of the vulnerable groups of prisoners with no outside contact. The families of these conservationists have been requesting that the head of the judiciary allows them a temporary release.

As of March 17, Iran had recorded almost 1,000 deaths from COVID-19. No deaths have so far been reported in the prison system. However, inmates testing positive has prisoners worried that coronavirus can spread rapidly in Iran’s overpopulated prison systems where in each cell designed for two, often hosts six to seven inmates.

Iranian citizens have been questioning government statistics related to the new coronavirus infections. Prisoners also doubt that the government is transparent about the situation of the infection inside the prisons. An official with the World Health Organization (WHO) has said that the actual numbers related to COVID-19 in Iran could be five times higher due to testing restrictions. The same story might be true for the Iranian prisons hosting many political prisoners who are awaiting a disaster while in custody.