Living in Cars; a new Phenomenon in Tehran

Hundreds of Iranian citizens are sleeping in their cars, for them, their cars have become their residence, their office and their bedroom. 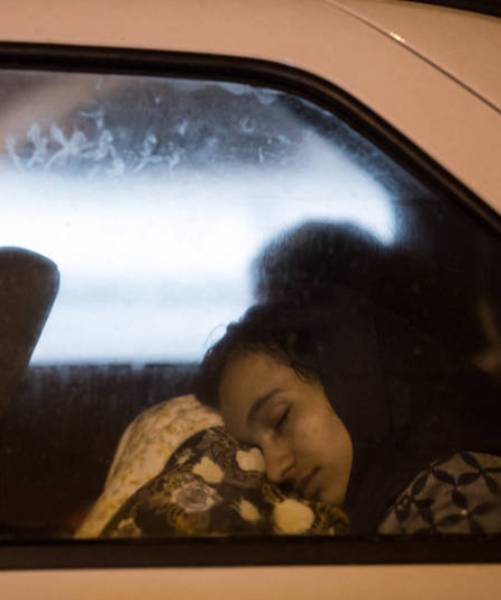 It is a new trend in Tehran; young job seekers are coming to Tehran from small cities and villages but they cannot afford to rent a room.

“We see young men who are buying a car together, they designate a neighborhood for themselves for “Car Sleeping”, these young men are from other cities but because lack of job opportunities they come to Tehran.” Tehran deputy mayor for transportation affairs, Mohsen Pourseyed Aghaei said while speaking in a think tank in Tehran.

The unemployment rate among the economically active population in Iran is on the rise.

Other data from SCI shows the provinces of Kermanshah, Khuzestan, Kohgiluyeh and Boyer-Ahmad, Sistan and Baluchistan and Isfahan have the highest rate of unemployment.

Mohsen Pourseyed Aghaei said that the “Car Sleepers” have divided the neighborhood of Tehran between themselves.

These young men create for themselves different source of income. Most of them are also working in their cars and use it as an office.

They transfer passenger as private cabs (a common practice in Iran are shared cabs), sell food and snacks in their trunks in front of offices and even some of them put a copy machine in their car printing and copying documents for customers.

There are no data of the number of the “Car sleepers” but field reports indicate there are hundreds of them all over the capital.

In Mirdamad, an upscale neighborhood in the north of Tehran there are at least 50 car sleepers. A car sleeper told Tasnim news:” I know around 40 to 50 people who came here from Bojnord and other cities because of unemployment and misery.”

Homelessness is not a new phenomenon in Tehran and it is on the rise in new forms and styles.

Grave sleepers and the cardboard sleepers are other forms of homelessness in Tehran. Tents are also being used to create tent cities in the margins of urban centers as forms of long term lodging.

Homeless families and individuals are mostly living in parks, sideways of highways, outskirts of city and southern neighborhoods of Tehran.

Those who are coming to cities to find work and do not have permanent employment tend not to have permanent roofs. They usually get engaged in the informal economy of the city, becoming street vendors, etc…

Homeless individuals who do not even have assets such as a shared car might do anything to earn some money, prostitution, selling their kidneys and even renting out their children as child laborers.

There is not that much reliable official information about the homeless in Iran. The officials occasionally announce a number. An official with Tehran’s Welfare and Social Services Organization claims that more than 20,000 people sleep on the streets of Tehran. Of this number 10 percent are women. Some social activists suggest the numbers of homeless people in Tehran and its suburb is at least twice the figures announced by the Iranian officials.

Cost of housing in Tehran is so high that even the middle class are struggling to find a proper place to live in. This is an old story to whoever has ever lived there. The value of properties has been constantly on the rise in the last decades but in the recent years, the increase of cost of housing has been insane related to the plunge in the Iranian Riyal value and the inflation rate.

On the last days of 2016, the horrific pictures of homeless people sleeping in empty graves in a cemetery outside Tehran went viral.
Shahrvand newspaper in a report said that about 50 people including women and children live in the empty graves of a cemetery outside of Tehran. The mages of this absolute poverty and misery prompted a public outcry. They were named “grave sleepers”.

With a high rate of unemployment, sanctions, corruption and mismanagement, the prospect of finding a solution to homelessness in Tehran does not look promising.