Gold Traders Executed for Charge of Corruption on Earth

Vahid Mazlumin, the infamous “King of the God Coin”, was executed on Wednesday morning, November 14 in Tehran. Mazlumin was found guilty of corruption on earth through the formation of a network of corruption, disrupting the economic and monetary system of Iran by conducting illegal transactions, smuggling and large-scale exchange and acquisition of gold coins. 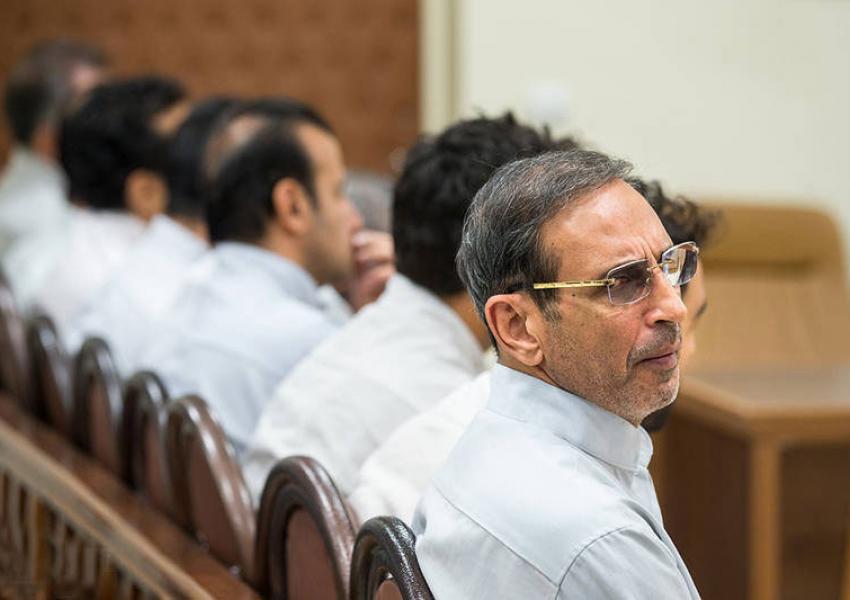 Vahid Mazlumin had been active in the past thirty years as a businessman dealing in gold and foreign currency. Mazlumin was arrested following the sharp drop in the value of Iran’s national currency against the US dollar after the United States announced that it is pulling out of the nuclear deal signed between Iran and world powers. Hossein Rahimi, commander of Tehran police forces reported that Mazlumin’s arrest has also led to the discovery of 2 tons of gold coins. The police and the judiciary maintain that Mazlumin and his business partners manipulated the price of gold by widely acquiring gold coins from the market and causing a shortage. Mazlumin and his partners are said to have been dealing in a cash turnover of 14 trillion tomans. The Supreme Court had confirmed the death sentence for Vahid Mazlumin and Mohammad EsmailGhasemi.

Following the extreme fluctuations in the gold and currency market, after the United States announced it will implement more sanctions against Iran, Iran’s Supreme Leader Ayatollah Khamenei urged the judiciary to deal with what he referred to as “Disruptors of the Country’s Economic Security”. The Head of Judiciary, Ayatollah Sadegh Larijani announced that the offense of “economic disruptions” will now carry the sentence of up to 20 years in jail and the death penalty.

Keyhan daily followed these statements with a demand for execution and confiscation of property for “economic terrorists”.

Meanwhile, the execution of Mazlumin and Ghasemi has had little effect on the gold and currency market where the US Dollar was traded at over 130 thousand tomans and the gold coin was sold at 4 million tomans on Wednesday.

Up to the arrest of Vahid Mazlumin, the sale of gold coins was never regulated in terms of quantity or storage and there are no ratified laws limiting the acquisition and storage of gold coins.

Vahid Mazlumin had previously also been arrested six years ago for disrupting the market. He was later released with the intervention of Mahmoud Bahmani, head of the Central Bank under the presidency of Mahmoud Ahmadinejad.