Iran’s economic crisis is exacerbating the problems already faced by migrating laborers from Afghanistan. With the steep fall in the value of Iran’s national currency, these workers, who are mostly working illegally, can no longer make enough to make ends meet and provide for needs of their families back in Afghanistan. 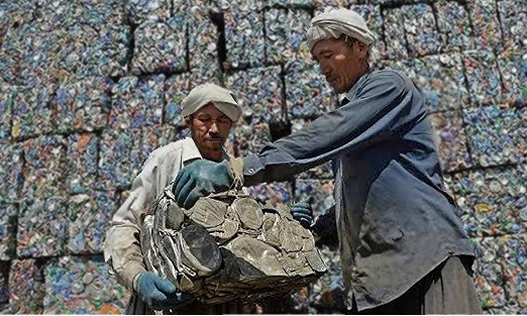 Fifty-year-old Abdullah who works on a construction site in the west of Tehran says: “We have nothing. I have to make something and send money for my family in Herat. I have been working for years in Iran. They show us no respect but we could make good money before. But now, working here is not feasible anymore. I am illiterate. I have no immigration papers. So the employer pays me less and I can do nothing about it. If I protest, they will threaten me with calling the authorities and kicking me out of Iran…”

A younger workers says: “As migrant workers in Iran we are under pressure but we have no choice. There is no employment for us back home. I have been in Iran for a short time and faced many problems; they are abusing us.”

The drop in Iran’s currency value has put the idea of migrating to Turkey in the heads of some workers from Afghanistan. They believe that they will get more respect as well as money over there. Turkish authorities estimate that in the first three months of 2018, about 27 thousand citizens of Afghanistan have entered Turkey illegally through its eastern borders. This wave of illegal migrants is expected to increase in size in view of Iran’s deepening economic crisis.

In Iran, workers migrating from Afghanistan often sleep on the streets until they secure some form of employment. They are later forced to give much of their hard earned money to human traffickers in order to travel back to Afghanistan to visit their families. If captured by border officials they are sometimes subjected to beatings before being returned to Afghanistan. The majority of these workers have no form of employment insurance. Many of them live together in shacks in the peripheries of Tehran or the neighboring cities.

Plans to Clear Panhandlers from Tehran