Price of everyday living in spiking in every walk of life for Iranians; the price of fruit is up by 83 percent, household goods up by 50 percent and baby diapers have become a rare commodity in stores. What does the public have to say about all this? 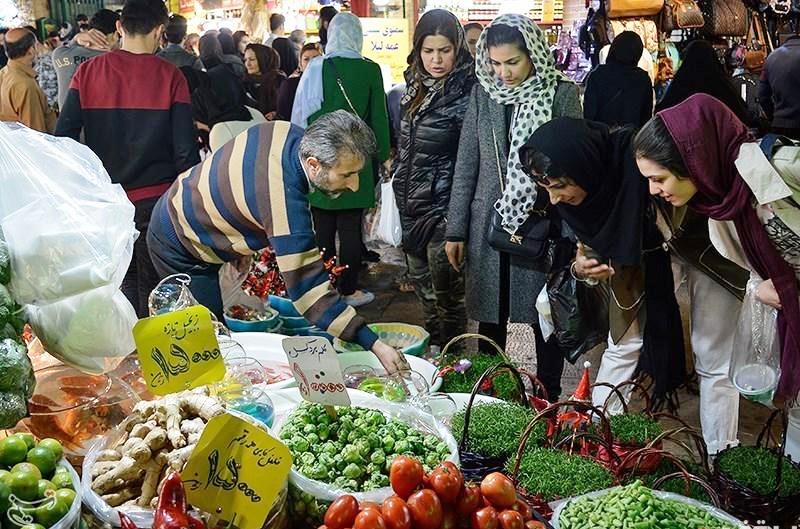 I went to Navvab area of Tehran, the home of middle and working classes of the city. A fifty-year-old man tells me: “I don’t know what to do. With our low wages and skyrocketing prices, life is tough. My daughter wants to get married; my son is studying at the university. It’s a public university and supposed to be free but there are sundry fees that need to be paid for him. It is very hard to keep up with all the payments.”

I spoke with a man returning from the supermarket. He tells me: “It is unprecedented how much things have become expensive. I am 60 and have worked in the bazaar since I was a child. I have never seen anything like this. They say there is no inflation. How can that be? A single egg is sold at 1000 toumans, just think about everything else.”

Another individual exiting the supermarket tells me: “President Rohani says there is only a bit of pressure on the people. Is this a little? As a worker, once you go shopping, right away half of your monthly wages are gone. Life is not possible. I sometimes think of suicide. I can’t stand it anymore. Thieves and embezzlers are looting the country’s assets but our situation goes from bad to worse.”

Iran’s economic crisis has been exacerbated after the United States announced it is exiting the nuclear deal and extending sanctions against the country. The rising prices are destroying the livelihoods of workers and minimum wage earners. According to official statistics, the working class in Iran comprises of 14 million people which together with their families add up to 43 million. The government announced a 20 percent increase in their wage this year; however, labor activists maintain that the purchasing power of the working class has declined by 70 percent. The growing number of strikes and protests indicate that sporadically wages are not being paid and many employers such as National Industrial Steel and Ahwaz Metro are constantly behind with their wage payments.

Economic woes have resulted in the spread of protests and the government’s response has been limited to crackdown on protesters, arrests, and intimidation. Workers protesting against lack of payment are often arrested on the charge of “disrupting order”.

In Vanak and Tehran’s middle to upper-class neighbourhoods similar complaints against rising prices can be heard. A young newlywed man describes how the money they have been saving for a down payment on a mortgage will no longer be sufficient in view of the skyrocketing property values. “Within a few months, our years of labor is completely lost.”

Experts are predicting 30 to 40 percent inflation in the coming year. In addition to the doubling and tripling of the price of daily needs and food, property values have gone up by 60 percent and cars are being sold at double the price form a year ago.

If there is no reconsideration in the minimum wage, working-class families will no longer be able to function. Such a situation will undoubtedly lead to more protests and possible riots. The middle class will also join the protests as they too are hurting from the decline in the value of the national currency and its consequences.