The Islamic Republic of Iran (IRI) Judiciary announced on Monday 30 April that all internet providers in the country are bound to ban and filter data from the Telegram, a cloud-based messaging service that has become the most popular app in Iran with over 40 million active users. 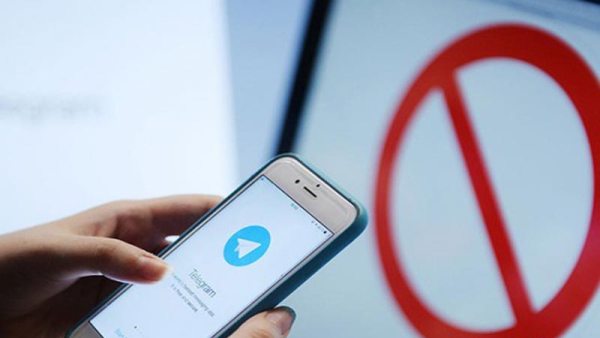 Judiciary’s order comes at a time that the government of Hassan Rouhani and its Ministry of Information and Communications Technology has tried hard to keep Telegram unfiltered but reduce its significance in the communications of the country. As of last week, they ordered government bodies to stop using the app. They have also disrupted the app’s function by annulling Telegram’s 2016 legal CDN [content delivery networks] license in Iran. CDN’s are servers for multimedia content and when based in Iran they made the delivery of content faster for the Iranian end user.

The Judiciary order says that data from Telegram must be filtered by all internet providers and companies across the country by the end of the day on 30 April. Iranian users have not yet reported any filtering of the Telegram content but a user response is expected for when the filtering is put into effect.

Despite the government’s attempt to keep both the hardliners and the citizens happy by simultaneously disrupting yet keeping Telegram alive, the judiciary took the upper hand by banning the app in a statement published in the department’s media outlet, Mizan News. The statement said the decision to ban Telegram is due to “various complaints against the social networking app by Iranian citizens and based on the demand of security organizations.” IRI’s Judiciary then provides a list of common crimes perpetuated in the Telegram app by Iranians including disruption of national security and unity, in particular by inciting racial and ethnic disputes; 2- collecting information from the Iranian public and providing that to foreign bodies; 3- publishing and distribution of porn; 4 – insulting Islamic sanctities and values; 5 – publishing lies to shape public opinion; 6 – e-trading of goods and currencies; 7 – use by terrorist groups; 8 – violations of intellectual property and fraud; 8 – publishing of propaganda against the Islamic Republic; 9 – causing individual harm.

Telegram messaging service has been a powerful tool of mobilizing citizens in the Dec 2017 – Jan 2018 nationwide protests in Iran and the hardliners have been pushing the government of Hassan Rouhani to ban or control the app.

Rouhani’s administration has been willingly complying with the requests of the hardliners but had maintained a position for the rights of citizens to have access to information on the Internet, in order to keep the popular messaging app accessible to the Iranian public. Telegram was largely used in Iranian elections to mobilize citizens to vote for the government of Hassan Rouhani.

The Judiciary’s order came a week after Iran banned government bodies from using the Telegram app, and days after the government banned telegram servers’ presence in the country.

On April 26, the secretary of Iran’s Supreme Cyberspace Council (SCC) to which Hassan Rouhani is a member, annulled all legal licenses of Telegram CDNs in Iran. A day after this Iranian users reported slower delivery of data from Telegram.

However, this was not enough of disruption and the Islamic Republic’s Judiciary moved unilaterally to ban Telegeram – an order that is to make many Iranian users angry.

Iran has also moved against the Net Neutrality principle and is now charging more money for traffic from servers that are outside the country. This means that any Iranian user, who chooses to use internet censorship circumvention tools to access filtered sites and apps like the Telegram, has to pay more for connecting to servers based outside Iran.

The move comes at a time that the Islamic Republic is trying to push the Iranian users to move to government-built messaging apps with servers based inside the country. One such app called Soroush is being advertised as a substitute for Telegram. Iranian users, however, are skeptical of state motivations behind this forced migration. The users argue that they do not trust their personal data at the hands of servers and companies based in Iran who can easily be pressured by security forces to violate user’s privacy.

So far there has been no response from Telegram regarding the Iranian government’s banning of its services.