Running for Iran Presidency: A Cleric Involved in the Mass Execution of Political Prisoners

Ebrahim Raisi, head of Iran’s wealthiest religious institution, an ex-high-ranking official with the judiciary and a hardliner cleric involved with the mass execution of more than 4000 political prisoners has announced his candidacy for the upcoming presidential race. 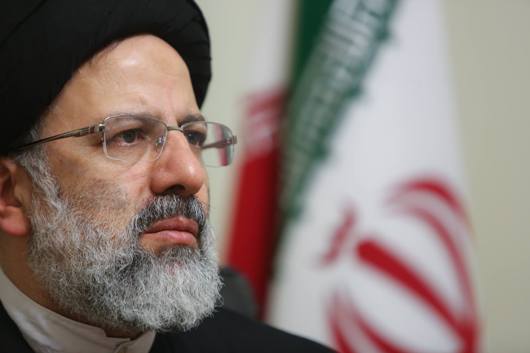 On 6 April 2017 Solat Mortazavi, a hardliner politician announced that Ebrahim Raisi is registering as a candidate. He plans to unite the Iranian conservative factions known collectively as Osoulgarayan and defeat the current president Hassan Rohani.

If elected on 19 May 2017, he has to resign from all other governmental positions including the powerful position of running Iran’s holiest religious institution, the Shrine of 8th Shiite Imam in Mashhad, Khorasan.

A cleric who in 1980 was hired as a prosecutor by the Judiciary when he was only 20, soon gained the trust of Ayatollah Ruhollah Khomeini, the founder of the Islamic Republic of Iran.

In 1980s Khomeini appointed Raisi to a number of judiciary and intelligence committees that were mainly organized for persecution and prosecution of dissidents, ethnic and religious minority groups and political rivals.

In March 2016 when the current IRI leader, Ayatollah Ali Khamenei appointed Ebrahim Raisi to become the head of the Mashhad Shrine, it was hard to track down his record of service from archives of Iranian media. The Iranian public hardly knew Raisi. A shadow political figure all along, nonetheless Raisi was known to families of political prisoners who were executed in 1980s in Iran.

Raisi who in 1988 had been promoted to deputy of Tehran’s attorney general was a member of what came to be known as the “the death committee:” a committee appointed by Khomeini who were involved in mass yet very short trials that lead to the execution of over 4000 political prisoners.

However, the killing of the prisoners in 1980s Iran is not necessarily a negative attribute for a prospective candidate in Iranian state’s political milieu. Starting March 2017 a determined campaign began in conservative circles, among members of Basij groups and in social media accounts affiliated with the hardliners titled: “Raisi Come!”

The “Raisi Come” campaign argued that given the economic hardships that the Iranian public is experiencing under Rohani’s government, Ebrahim Raisi is the figure that can unite the conservative factions and beat Rohani in the re-election bid.

Raisi refused to come, at first, but he started appearing more in the media. In late March he started visiting the poor in Mashhad, showcasing the charitable causes he is involved with to an extent that some analysts argued this a publicity stunt not for presidency but for supreme leadership succession.

In March 2016, Khamenei the current supreme leader, appointed Ebrahim Raisi to be the head of Astan-e Quds Razavi commonly known as the shrine of Imam Reza and all the seminaries, charities, educational and economic institutions affiliated with it. This position although in Khorasan and far from central government in Tehran geographically, is influential religiously, economically and politically. The appointment was a sign of a deep trust between the two men.

It was because of this appointment that analysts started to say that Raisi might have Khamenei’s backing as a candidate for the supreme leadership succession – a fight that will be fierce.

As with any other IRI political figure Ebrahim Raisi is connected with a network of clerical kinship starting with his famous hardliner father in law Ayatollah Ahmad Alamolhoda, Mashhad Friday Prayer Imam and a member of Assembly of Experts – a council that ultimately will choose Iran’s next supreme leader.

The father in law is supporting his son in law’s bid for presidency. He has been a vocal proponent of the “Raisi Come” campaign advocating members of the Assembly of Expert to sign an invitation asking Raisi to run.

Raisi has never served in an electoral position. He has mainly been involved with the Judiciary, serving high ranking positions such as chief deputy for Ayatollah Mahmoud Hashemi Shahroudi and Ayatollah Sadegh Amoli Larijani both of which were serving as the head of Judiciary, both of which are also predicted to be candidates for the leadership succession.

As a person who has never been in the glare of public eye, Raisi is media shy. He has not yet fully exploited the favorable publicity that has been generated for him.

If he becomes president, Raisi can use the opportunity to consolidate his leadership of hardliner forces who have lost the electoral positions of the country to more centrist figures like Hassan Rohani. Win or lose, Raisi can use the public and media attention if he ever wants to serve in a political position affiliated with the conservative camp. This media attention will also become politically advantageous during a political fight such as the succession.

The Revolutionary Guard Threatens Iranian Protesters with a Crackdown that is already Happening; Tens of Protesters Killed