On 20th of March, the Iranian Supreme Leader condemned and criticized the notion of “Gender Justice” in his annual Iranian New Year’s speech – just a day before this speech, the Presidential Deputy on Women and Family Affairs emphasized that the current government is seeking “Gender Justice”. In this article, the notion of Gender Justice and its relation to Equality and Difference within the Iranian context is analyzed. 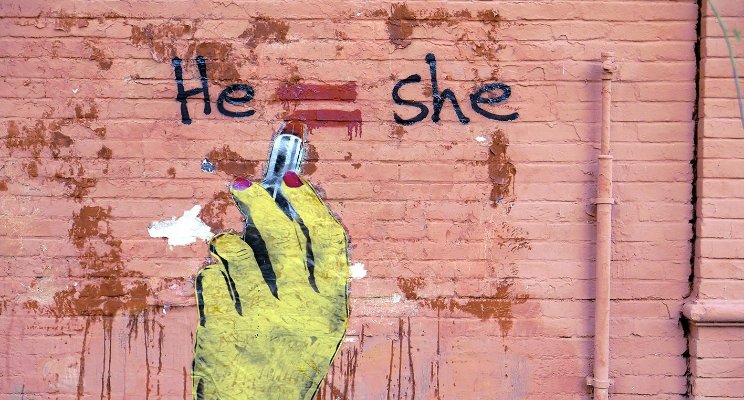 ‘Equality can be defined as a condition or state of being the same, in social status or legal/political rights’ (Pilcher & Whelehan, 2004: 37). However, the idea of equality as sameness has been debated in gender studies as has the meaning of equality itself: are we talking about equality of opportunities or securing equality of outcome?

The so-called ‘new feminists’ of the 1920s and 1930s in Britain responded to the tensions that existed between the British feminists on the problematic status of the concept of equality. They focused on equality of outcome by winning special measures for women such as family endowments, birth control and protective employment legislation (Pilcher & Whelehan, 2004: 38). According to Olive Banks the ‘equal rights’ feminists, contrary to the ‘new feminists’ focused on re-orienting women away from the private sphere to the public sphere (1981: 115) and hence emphasizing on equality of opportunities in the definition of equality.

From this very first question the differentiation between governmental authorities in Iran and the other parties involved with women’s issues begins: these other parties mainly ask for equal opportunities whereas the governmental authorities do not consider equal opportunities as an implication of having equal rights. For instance, having the opportunity to apply for an education such as mine engineering (which socially and culturally is considered as a male-education and job) for women is a demand by these parties and is being considered as sign of equality between men and women.

For the governmental authorities it is instead necessary to take into account the ‘differences’ between men and women (such as physical and emotional differences) while providing educational opportunities. Therefore, by taking those differences into account, the governmental authorities claim that women do not need to have the opportunity to receive certain kind of education, such as that for the mining industry. This example brings forward the other question (debate) that has been part of the debate on the subject of equality: Does equality mean that women have to take on masculine norms, values and lifestyles? In order to be in equal terms with men, do women need to act and behave like men? Is the masculinity the norm that is the source of all comparisons?

In one of the interviews for my MA thesis, I directly came across this approach: The interviewee referred to one of the anthropological concepts that have been disputed and rejected by feminist scholars: “men are hunters and women are gatherers”: the early anthropological findings claimed that in native tribes the men have taken the responsibility of hunting for the family and that is due to their physical superiority to women; and women stayed close to the house, took care of the children and on occasions gathered fruits and other sorts of food from the sources close to the house. However, later investigations and closer readings of the findings proved that although men were the hunters, women had a greater share in providing for the family: women had to go to further distances (with their children) to collect food comparing to men. Thus what has been assumed as the naturallyappropriate and suitable type of work and responsibility for men and women – based on the early anthropological findings – was not correct. Yet, the governmental authorities are still referring to them for making their case and supporting their claims about the type of work and education that are only suitable for men or only suitable for women.

What can also be derived from this example is the probability of the governmental authorities’ association with the concept of ‘difference’; “Difference perspective insists on valuing and recognizing the ways in which women are different from men” (Pilcher & Whelehan, 2004: 39).
Moreover, The Iranian governmental authorities also contrive the situation by centralizing the feminine values such as caring replacing masculine values as Ruddick (1997) has suggested. However, this approach of the Iranian governmental authorities is contradictory to the approach of difference theorists since although they reject the definition of equal rights for women as obtaining the same rights as men, they position femininity as the higher value in order to achieve equality (or better to say justice as explained in the following lines). According to Pilcher and Whelehan: ‘Difference theorists are critical of equality strategies where the masculine is the norm against which women are judged, and where femininity is positioned as something to be transcended in order for equality to be achieved.’ (2004: 39)

Nevertheless, this centralization of the feminine values is done just to the extent that is beneficial for the governmental authorities. I will explain this further after introducing the term ‘Gender Justice’ since, I believe instead of the term ‘difference’, the Iranian governmental authorities use the term ‘gender justice’. More precisely, I have encountered the term gender justice as being used, in various occasions, to replace two previously used concepts: gender based violence and gender equality which I only focus on the latter here.

The distinctive line that the governmental authorities draw to name the differences between men and women is based on the already-accepted norms which are in place in the society; the norms which are constructed within the patriarchal system. However, these patriarchal norms and values have been long debated, criticised and deconstructed by feminist scholars (from different ranges and perspectives). To elaborate on how governmental authorities define ‘differences’ between men and women, one important example to consider is how women are defined in relation to motherhood[2].

Governmental authorities centralize and capitalize the importance of motherhood (which includes characteristics such as caring) to justify their definition of Gender Justice. According to the Iranian governmental authorities gender justice means taking into account the differences (physical and emotional) between men and women and based on that provide opportunities for each group which might not be equal but would result in equal outcomes. According to the governmental authorities, motherhood is part of the character and the nature of women and therefore, creates a difference between men and women since men cannot carry children and give birth. As motherhood is being described and categorized as the first priority for women, their presence from the public sphere is being eliminated, since the caring for the children is an act that takes place within the private sphere of the house. This is the justification given regarding the elimination of women’s presence in the public sphere to ensure the equality between men and women based on their differences.

Having explained the presented example, it can be argued that the Iranian governmental authorities reject the concept of ‘equality’ when it refers to equality of opportunities since the governmental authorities believe in particular/natural characteristics of women such as caring and motherhood, perceived as a natural difference between men and women. They also reject the concept of ‘equality’ when it refers to equality of outcomes since not only measures such as family endowment, birth control rights and protective employment legislation are not part of the dialogue in which they are engaged but also by emphasizing on differences between men and women – based on debated, criticized and deconstructed norms and values – they push women back to the private sphere of the house and restrict their presence in the public sphere under the explanation and realization of gender justice. Based on this approach and reading of gender justice (which is a replacement for gender equality by Iranian governmental authorities), the governmental authorities would provide opportunities for women that they deem appropriate. However, this approach and reading is theoretically based on the concept of difference. Yet, the concept of difference, here, is being tailored and used in such a way that restates the already existing and accepted norms of the Iranian society, which, as previously stated, are based on patriarchal norms which has been fought against by feminists over centuries.

In short, the Iranian governmental authorities use the term gender justice to, firstly, eliminate the debate and discussion around equality and gender equality and, secondly, to reaffirm the existing (lower) status of women through emphasizing on the differences between the two sexes by centralizing feminine values such as motherhood.

It is important to mention that none of the parties involved with the projects related to women’s issues, made any reference to class, ethnicity, religion, age or sexual orientation. The latter is among the ‘un-speak-able’ topics in Iranian society since by law the only accepted sexual orientation is heterosexuality and, for women, being monogamous is also mandatory. Women are considered as a homogenous group with similar needs and demands, where ethnicity and religion play no role in differentiating between them.
___________________

[1] Ayatollah Murtaza Motahhari (مرتضی مطهری; February 3, 1920 – May 1, 1979) was an Iranian scholar, cleric, University lecturer, and politician. Motahhari is considered among the important influences on the ideologies of the Islamic Republic, and was a co-founder of Hosseiniye Ershad and the Combatant Clergy Association. Motahhari was a disciple of Ayatollah Khomeini during the Shah’s reign and formed the Council of Revolution of Iran at Khomeini’s request. He was chairman of the council at the time of his assassination. [Debating Muslims: cultural dialogues in postmodernity and tradition, Michael M. J. Fischer, Mehdi Abedi – 1990, page 181]

[2] Motherhood in this context is equal to fertility and ability to give birth, and is not the same as the social role of being a mother.