The appellate court has reduced the sentences against miners of Bafgh Iron Ore Mines suspending their jail term for three years and changing the flogging sentence to a cash fine. 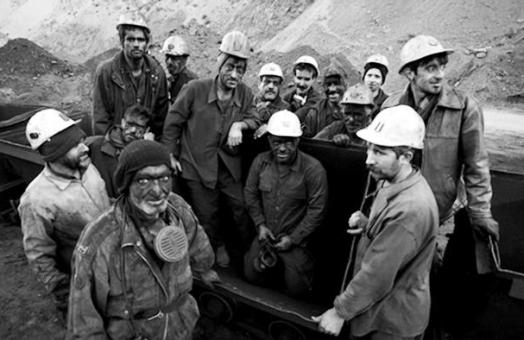 Yazd provincial appeals court announced its decision regarding the sentence issued against seven miners in Bafgh indicating the suspension of their seven month prison terms is reduced to three years and their flogging sentence is replaced by a million touman fine (approximately $300).

Mohammad Ali Jedari, counsel for a number of the charged miners told the Iranian Labour News Agency (ILNA) that while he does not see any foundation for the sentences to have been against his clients to start with, he regards the verdict of the appeals court as a positive development in their case.

In May of 2015, Bafgh miners went on strike for several days in protest to news of offering shares of the Bafgh Mining Company in the stock market. The workers saw this as a gradual move toward privatization of the mine which they regarded as a move toward attrition of their job security, wages and benefits.

The prolonged protests stretched into the summer of that year becoming one of the longest strikes since the Revolution of 1979. The Friday Mass Imam of Bafgh was drawn into the protests and expressed his support for the miners in his sermons. The protesters received hostile reception from authorities.

Security and riot police were deployed making the city highly volatile. In the course of the protests a number of miners were arrested. Nine of them were charged and proceedings were held against them in spring of 2016.

Following the issuance of the verdict, counsel for the miners expressed his dismay with the proceedings against his clients saying labour disputes need to be addressed outside criminal court in tribunals specifically designed to resolve labour issues.

Meanwhile the flogging sentence of the miners of Aghdareh Gold Mines was carried out triggering a wave of criticism from labour activists.

The head of labour and social security in Western Azerbaijan Province expressed complete lack of knowledge about the execution of the sentence which led to his removal by the Labour Minister. The miners did not gain any ground despite their efforts and the judiciary continues to issue flogging sentences for labour activists.

The UN Rapporteur on human rights in Iran has expressed concern over the use of corporal punishment including flogging and dismemberment by the Islamic Republic judiciary condemning it as blatant violation of human rights.