Prison conditions in Iran cause slow death of prisoners

A letter from political prisoners in Rejaishahr, Iran

In a letter addressed to Asma Jahangir, the Special Rapporteur of the UN Human Rights Council on Iran, Amnesty International and Human rights Watch, a group of political prisoners in Rejaishahr Prison in Karaj protest against the violation of their basic rights as prisoners. 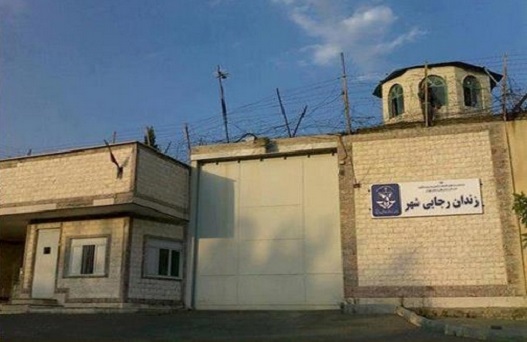 Referring to themselves as Prisoners of conscience imprisoned in Hall 12, Ward 4 of Rajaishahr Prison they maintain that prison authorities are committing repeated violations of the provisions of the Rules of Procedure of the Organization of Prisons by refusing to provide the prisoners with the necessary facilities.
They add that the violations are causing prisoners various harms and health challenges and leading to their slow death.

In the letter that political prisoners have written from inside Iran’s Rejaishahr prison, maintains that shortage of over the counter and prescription medications is a serious concern in prison.

The letter stresses that articles 102 and 103 of the prison Rules of Procedure entrusts the prison authorities with the health of prisoner. All the costs of healthcare and facilities associated with that are also the responsibility of prisons authorities.

They go on to add that Rejaishahr prison, does not have a operational clinic or the presence of necessary medical staff and is at times without nursing staff. The nurses assigned to the clinic cannot even provide prisoners in need of medical care with an intravenous injection.

The letter adds that there is no operation room in Rejaishahr Prison and the health facility was closed down six years ago after rumours around sale of prisoner organs and was never reopened.

The prisoners explain that their families often face serious obstacles in obtaining leave for them to undergo medical examinations or procedures outside. When permission is given, prisoners are reportedly transported to the hospital in demeaning conditions and while there, they are chained to hospital beds.

At times prisoners are reportedly forcefully returned back to prison by the authorities, without completion of the medical tests and procedures.

The letter adds that Rejaishahr Prison has a number of prisoners suffering from Hepatitis and AIDS who never receive adequate care. It also names Mohsen Dogmehchi, Shahrokh Zamani, Alireza Karami Kheyrabadi, Mansour Radpour, Afshin Osanloo and Mehdi Zaleh as some of the prisoners who have died in prison as a result of the lack of timely medical care and negligence of prison authorities.

The prisoners report that hot water is never provided in washrooms and sometimes not even in showers.

The aging piping reportedly often causes sewage overflows on various levels of the prison building. They say prison food, in contravention of prison rules, lacks the necessary calories and nutrition and prisoners are continuously in a half starved conditions. According to the letter and use of expired and unsanitary food handling has caused many cases of food poisoning.

The authorities are said to have no regard for the standards stipulated in the prison rules for space and amount of light required for each prisoner who are afforded less than half of these standards.

Ward 12 of Rejaishahr, where many political prisoners are, does not have telephone facilities while other wards hosting prisoners with criminal charges, have uninterrupted access to telephones at all times.

Meanwhile the prisoners report that despite presence of prison regulations protecting prisoners’ dignity, prisoners are often subjected to insults and inappropriate searches which are at times carried out under threats of or actual violence.

Ramazan Ahmad Kamal, Syrian political prisoner held in Rejaishahr, is cited as an example of such violence. The prisoners was reportedly beaten severely by one of the prison guards putting him in coma for a week. Kamal’s efforts, and those of other prisoners who have been subjected to similar beatings, to file complaints and hold guards accountable for such deeds have been futile.