Human Rights Groups: a Kurdish Prisoner Is Dying inside an Iranian Prison without Medical Care

Fourteen Iranian human rights organizations in a joint statement have warned the public about the health and the medical condition of Afshin Sohrabzadeh, a Kurdish political prisoners who is serving a 25 year sentence in Iranian prisons. 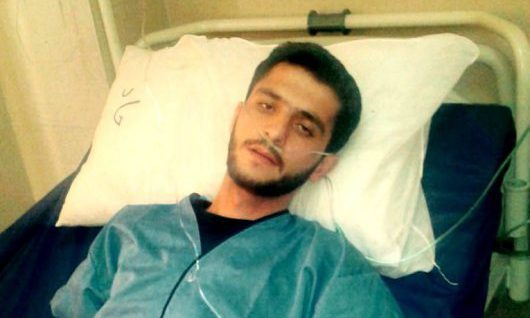 Sohrabzadeh is a member of Iran’s Kurdish minority. He was sentenced to 25-years in prison for an alleged affiliation with Kurdish dissident groups.

He was also sent to “internal exile”, to a remote prison in Minab, located in southern Hormozgan province where his relatives do not have access to him.

The rights groups emphasize that Sohrabzadeh is in need of urgent and specialized medical care outside of the prison.

He was diagnosed with a life-threatening form of colon cancer, went through surgery but was taken to prison where he is now bleeding with a gastrointestinal infection.

His condition has worsened because of the lack of adequate medical care.

They warn that Sohrabzadeh is dying inside the remote prison that is not providing for his medical needs.

Animal Cruelty Punishable by Flogging and Imprisonment in Iran?