Iran’s oil ministry says it will not take part in the OPEC meeting in Doha. 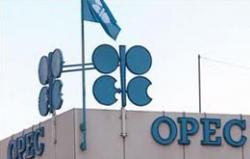 The SHANA website reported on Saturday April 16 that according to Bijan Zanganeh, Iran supports the plan to consolidate a cap on crude production but “cannot give up its historic share of the world crude market.”

The OPEC members are meeting on Sunday April17 in Doha, Qatar, and non-member Russia will be joining the group to discuss a cap on oil production with an aim to control market prices for crude.

Zanganeh said Iran is not prepared to sign any deal on freezing oil production; therefore, there is no point in attending the meeting.

Saudi Arabia has said it will only sign a freeze on oil production if Iran does it too.

Zanganeh has responded that Iran has had no role in throwing the oil market into imbalance and will not approve the freeze.

Oil prices have fallen under $45 a barrel in recent months.

With the removal of international sanctions on its oil sector, Iran has increased oil production to two million barrels a day and plans to double that rate.

Iran’s oil minister has been quoted as saying that the country cannot be expected to impose sanctions on itself.