A number of Iranian musicians ushered in the new Iranian year with a concert at the refugee camp in Calais, France. More than 100 Iranians and other asylum seekers took part in the concert and relieved the stress of their dire conditions for several hours by joining the festivities. 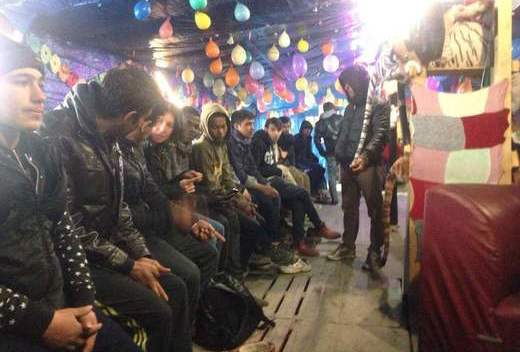 Alaleh Bagherzadeh and her sister Samieh had been planning the concert for months. The destruction of the refugee camps by the French government, leaving the asylum seekers stranded in the forests of Calais, strengthened their resolve to hold the concert.

They first planned to hold the concert in the “kitchen” location, but because that building was destroyed, they held the Norooz Concert in a restaurant (Idiots 3).

Alaleh works for an agency that provides services to AIDS patients and Samieh is a sound engineer. She plays the Tombak and likes fusion music (jazz and Persian music). The two sisters left Iran three years after the Revolution and were asylum seekers themselves. Samieh Bagherzadeh describes her motivation for holding the concert as follows:

“We wanted the asylum seekers to spend a few happy hours. In 1981, it was easier to enter the UK. We understand the situation of Calais asylum seekers. They do not know, however, that their situation in Calais has been reflected in the media and many people are aware of their predicament.” 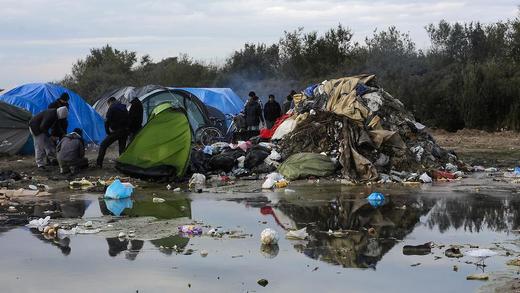 In recent months, the French government has sent some of the asylum seekers from big cities to the forests on Calais without any services. The destruction of the camp in Calais has exacerbated the problems.

The French authorities have been attacking the asylum seekers in Calais with teargas, water cannons and rubber bullets in order to dismantle the southern part of the camp. Most of the asylum seekers in this section are from Afghanistan and Iran and are trying to get to the UK. Some have begun a hunger strike to protest their treatment by the French government.

Alaleh Bagherzadeh says: “The Calais asylum seekers need a boost to their spirits. Their treatment by the French government is shameful and in violation of human rights. These people are coming from war-torn countries and fleeing dictatorial regimes; they had no option other than leaving their birthplace. They have borne tremendous hazards to get themselves to security in Europe. They should be supported and given refuge, not be subjected to police brutality.”

Alaleh and Samieh, who left Iran with their family when their father, a dissident journalist, faced persecution, have gone through the experience of seeking asylum. This shared experience makes the sisters sympathetic to the situation of the migrants in Calais. Currently, most of the buildings that sheltered the Calais asylum seekers have been destroyed by the authorities, leaving only a small portion of the buildings to now house 3,000 people. Most of the migrants live in tents without power or water, and accidents involving candles has caused many fires in these tents.