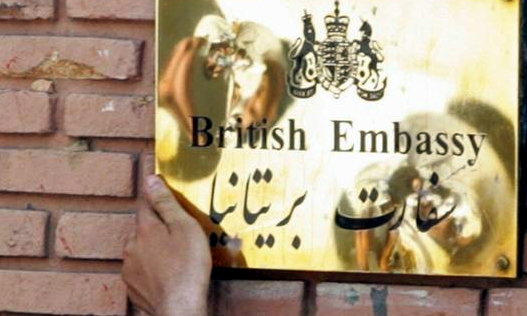 A spokesman for the Iranian foreign ministry said the resumption of consular activities at the British embassy is in line with earlier agreements between the two countries.

The British embassy in Tehran was shut down in December of 2011 after protesters stormed the embassy, irate over British support for international sanctions against Iran. After the event, all diplomatic ties between the two countries were severed.

Following the nuclear agreement between Iran and the 5+1, British Foreign Minister Phillip Hammond travelled to Iran on August 23 to reopen the embassy in Tehran and re-establish diplomatic relations.

Hammond announced at the time that the Iranian embassy in London would also reopen.