The Kerman governor says the drying out of the Jazmurian Wetlands is posing serious danger to millions of lives. 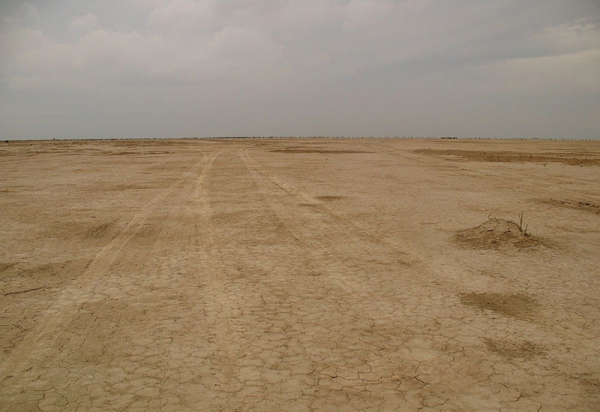 The Mehr News Agency reported on Wednesday February 17 that the dried-out Jazmurian wetlands has become the source of 25 percent of dust particles plaguing various Iranian cities and causing serious health complications for millions of citizens.

The Kerman governor denounced the government’s failure to take any effective action to replenish the wetlands.

Earlier this week, Mohammad Reza Bakhtiari, the Kerman Regional Water Director, reported that there are more than 19,000 illegal agricultural wells in Kerman around the Jazmurian Wetlands region that are quickly depleting the province’s water resources.

The Jazmurian wetlands is located in southeastern Iran, south of Mount Shahsavaran between Kerman and Sistan-Baluchestan provinces.

Dust particles have become a serious problem in many Iranian cities in recent years, especially in Sistan-Baluchistan, where many natural lakes and ponds have dried out due to continued drought conditions and the overexploitation of water resources.