The Supervisory Council of Islamic Republic Broadcasting issued a warning to the national broadcaster’s managers about the disruption of the speech by President Hassan Rohani during the medal award ceremony for Iran’s nuclear negotiators. 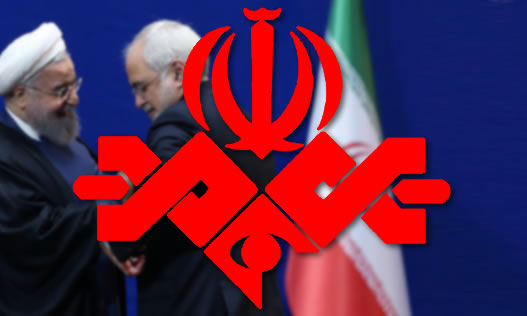 Interior Minister Abdolreza Rahmani Fazli, the administration’s representative on the council, presented the complaint at a meeting of the council on Wednesday February 10, and a resolution was made to issue warnings to the network’s managers and producers.

The ceremony awarding medals to Foreign Minister Mohammad Javad Zarif, the head of Iran’s Atomic Agency, Ali Akbar Salehi, and Defence Minister Hossein Dehghan was held earlier this week with the president in attendance. The top nuclear negotiators were rewarded for their efforts in reaching the nuclear agreement and achieving an end to international sanctions.

The live broadcast was cut off partway through. Minister of Labour Ali Rabii accused the national broadcaster’s producers of discriminatory biases and censoring content that is not to their taste.

The head of the national broadcaster is appointed by Iran’s Supreme Leader and has been supportive of ultra-conservative views and factions of the establishment.