The head of Iran’s House of Agriculture says the country needs a 20-year plan to bring itself out of its current water crisis. 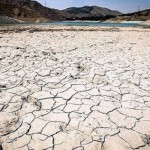 Issa Kalantari told ILNA on Wednesday December 16 that it is possible to get the country out of the water crisis by helping farmers to develop innovative agricultural techniques.

Iran’s water resources have declined significantly due to 17 years of continuous drought conditions and unregulated exploitation.

Kalantari said crops on some farms get more than 50 percent more water than they need.

The over-exploitation of underground waters in many regions of the country has led to serious land subsidence and the formation of holes in the ground that are two metres wide and many metres deeper. In addition, reports indicate that of the 609 fields in the country, 330 of the them have a negative balance of water, which means they are losing more water annually than is being replaced.

The report indicates that 92 percent of the country’s annual water usage is spent on agricultural activities. Six percent goes to households and another two percent is used by industry.

Protest by locals at construction site leaves one dead