ISIS has taken responsibility for the crash of Russian passenger flight Airbus 321-A flying from Cairo to St. Petersburg. 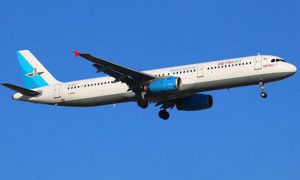 The flight, with 117 passengers and seven crew members, reported technical difficulties a short while after taking flight, and 23 minutes after takeoff, at 30,000 feet, it lost contact with air traffic control.

Everyone on board is said to have been killed in the crash.

The Egyptian branch of ISIS announced through a Twitter message that it was responsible for the crash and said it was a response to Russian bombing operations, which, according to the message, have been killing scores of their forces.

Russia has been bombing ISIS targets in Syrian territory since September.

Military experts say ISIS does not have rocket capability in the Sinai desert region to hit a plane at 30,000 feet; however, there is the possibility of sabotage on board the plane, or if the plane descended due to technical difficulties, then it could have been targeted by lower-range rockets.

Russian President Vladimir Putin has expressed sympathy for families of the deceased and announced the formation of a special committee headed by Russian Prime Minister Dmitri Medvedev to investigate the incident.