The Senior Advisor to the Environmental Protection Agency reports that 85 percent of the country’s water resources are currently being used up each year, which means Iran will turn into a desert within 15 years. 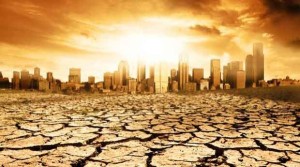 Yousef Hojjat told IRNA on Wednesday October 14: “The Zayandeh River had two billion cubic metres of water 25 years ago, and that has now been reduced to under one billion. Meanwhile, the Karoon River is drying out so rapidly that around Ahwaz it reaches a depth of only one metre.”

He said Karoon, which could be navigated by ships in the past, now cannot be used even by small riverboats.

The Water Resources Institute (WRI) has predicted that Iran will face a complete depletion of its water resources by 2040. Middle East water resources are highly dependent on underground waters, which are drying out at an alarming rate.