The Yemeni vice president in exile announced on Friday July 17 in the Saudi capital of Riyadh that Adan is no longer under Houthi control and is now under forces loyal to Saudi Arabia. 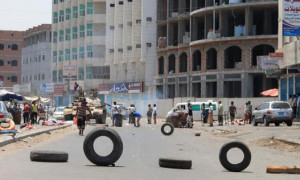 Khaled Bahah congratulated the people of Yemen on his Facebook page on the “events of the last two days that have led to the release of Adan”.

In the past two days, clashes intensified between forces loyal to Yemen’s President Hadi, who is backed by Saudi Arabia, and the Shia Houthis.

Yesterday, several senior officials of the Hadi government arrived in Adan to make preparations for the return of President Hadi.

Yemenis hope that the latest developments will allow ships carrying water, food and medicine to deliver their cargo to the people. As fighting intensified, the ships had to withdraw to Djibouti.

According to a UN report, 10 million people in Yemen are on the verge of starvation.