British Prime Minister David Cameron has informed his Iranian counterpart, Hassan Rohani, that he is committed to reopening the British Embassy in Tehran. 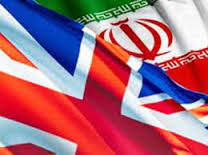 He reportedly told Rohani in a telephone conversation that the nuclear deal is a “new beginning” in relations between their two countries.

Hassan Rohani’s Twitter account also reports that Cameron spoke of possible cooperation with Iran in the fight against “terrorism”.

Four years ago, a number of Basij students attacked the British embassy to protest British support for the intensification of international sanctions against Iran. The episode led to the closure of the respective embassies in Tehran and London.

Following the announcement of the nuclear deal in Vienna this week, British Foreign Secretary Phillip Hammond also expressed interest in reopening the British embassy in Tehran.

The reopening of the British embassy has been under discussion since last year, but so far it has not happened. According to the British foreign secretary, the “transfer of computer equipment” has been one of the obstacles.