The Ministry of Labour has announced that employers who hire foreign workers without work permits will face heavy fines. 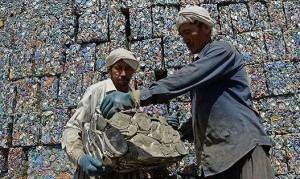 ISNA reported on Tuesday July 7 that according to Vahideh Shahi, Article 120 of the Employment Act says foreign nationals are not allowed to gain employment in Iran unless they obtain a work permit.

She added that employers will be fined up to five times the wages they pay to any such employees, and repeat violations will further double the fine. Failure to pay fines will also be punishable by up to six months in prison.

There are currently two million foreign workers in Iran, mostly from Afghanistan, Pakistan and Iraq. Businesses illegally hire foreigners in order to keep their costs down thanks to low wages and zero benefits.

Labour Minister Ali Rabii said earlier that the hiring of foreign workers has been on the rise in Iran because companies want cheap labour, and some job-seekers are not willing to look for work in some fields.