The head of the education ministry’s Literacy Movement says 67,000 Iranian students are leaving the school system at the elementary level. 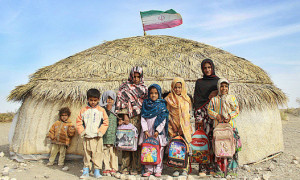 ISNA reports that according to Mohammad Mehdizadeh, Sistan-Baluchistan province alone accounts for 20 percent of those dropouts.

Common reasons given for dropping out are the need to enter the job market, aging schools and a lack of educational facilities in rural areas.
Mehdizadeh said 3.5 million Iranians under 50 are struggling with literacy problems.