Iran’s National Foundation for Computer Games reports that it plans to clear the market of “illegal” computer games. 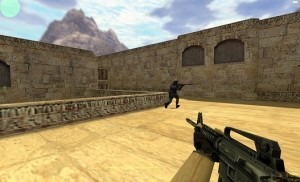 The head of the Task Force Against Illegal Computer Games announced that it will establish branches in every province in order to seize the illegal games.

The National Foundation for Computer Games was established in 2006 by order of the Supreme Council of the Cultural Revolution.

The spokesman for the foundation told reporters that 90 percent of the computer games being used in the country are illegal. He added that in the past three months, 36,000 games have been confiscated.

The foundation says game retailers are regularly fined for selling “illegal” games; however, the profit margins from these sales are so high that they resume their retail activities. The spokesman added that the foundation will be shutting down stores identified as retailers of “illegal” games and software.