Prisons inquiry in peril after MPs meet with security officials

Only days after Parliament announced that it would conduct an inquiry into the state of prisons across the country, there is talk of canceling the initiative. 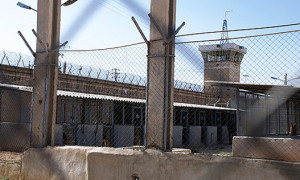 Mohammadali Mousavi, a member of the Judiciary Committee of Parliament, told the Shargh daily that there has been a meeting between the MPs designing the inquiry and military and security officials, and the MPs’ concerns have been cleared, “so there is no need for the matter to be announced in an official session of Parliament”.

The meeting reportedly took place with representatives from the Prison Organization, the Office of Intelligence Coordination of the Armed Forces, the Special Court for the Clergy, the Ministry of Intelligence, the police force and the Revolutionary Guards Corps.

Reports indicate that the objective of the meeting was to dissuade the MPs from conducting their inquiry into the state of detention centres that are not supervised by the Prison Organization.

However, one of the initiators of the inquiry, Mojtaba Rahmandoost, has contradicted Mousavi’s statement, saying the plan for the inquiry will be discussed in Parliament and that all 15 MPs who signed onto the initiative have not been convinced that it is not needed.

Iranian-American journalist gets court date after months in jail