Shapour Ehsanirad, an executive member of the Free Union of Iranian Workers, was arrested by Islamic Republic security forces on Saturday May 16. 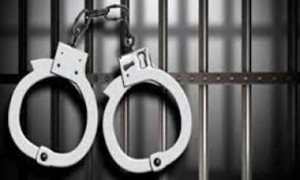 A report on the union’s site says the labour activist was arrested on an order from the Saveh Prosecutor and charged with “inciting workers of the Safa Pipe and Rolling factory”.

Ehsanirad, who had been terminated from his job at Saveh’s Profil Factory, spent the past week taking part in the Safa Pipe and Rolling factory workers strikes.

The strikes at Safa Pipe and Rolling began on April 22 and still continue.

The union website reports that the strikes have not been incited by Ehsanirad; they have been triggered by management’s failure to pay the workers over the past five months or their insurance premiums for the past 17 months.

The Free Union of Iranian Workers further adds that management has refused to even pay at least one month of the workers’ back wages as a step in the negotiations to end the strikes, ILNA quoted one of the workers last week.

The union states that Ehsanirad’s arrest is “an effort on behalf of the government and the company to defeat the purpose of the Safa Pipe and Rolling factory strikes and to force workers to return to work with hungry bellies”.