Daler Sharipov, a Tajik journalist is being held in pre-trial detention in Tajikistan’s capital Dushanbe on a politically motivated charge of “inciting religious discord”. 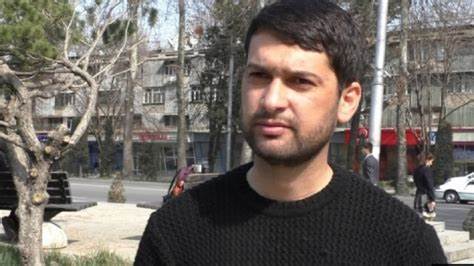 Shripov was arrested on the 28th of January 2020 and has been in custody without access to a lawyer since. The courts have extended his pretrial detention for two months, even though he is not being offered legal representation – a violation of Tajikistan laws.

According to “Fergana,” an independent news outlet, on the day that Tajikstan’s security forces arrested Daler Sharipov, they also raided his house, taking with them his computer, electronics, books and some of his other personal belongings.

On 13 Feb 2020, in a petition addressed to the President of Tajikistan, Emomali Rahmon, the human rights group Amnesty International states that Shripov was detained by agents of State Committee for National Security (SNCS). He has been charged with national security crimes under Article 189 of the Criminal Code of the country – the SNCS has connected him to a banned extremist group in the country; namely the Muslim brotherhood. This is an allegation that close friends and family members deny and call it a politically motivated charge.

The petition by Amnesty International calls Sharipov, an independent journalist, and condemns his arrest:

“Daler Sharipov is being denied access to his lawyer and is at risk of torture. He is a prisoner of conscience, detained solely for exercising his right to freedom of expression, and must be released immediately and unconditionally.”

The rights group warns that Sharipov might be subject to torture and excessive use of violence.

Before his arrest, Daler Sharipov was a frequent contributor to various independent local newspapers, including “Ozodagon” which is an opposition media outlet. Zafar Sufi, the editor of “Ozodagon’ has talked to Zamaneh Media about Sharipov’s arrest. Sufi is now running the newspaper from exile and is seeking asylum in Europe after receiving life-threatening threats while residing in Moscow. He told Zamaneh that most of his colleagues are under severe pressure in or outside Tajikistan.

Zafar Sufi, who is campaigning for the freedom of his colleague from abroad maintains that Daler Sharipov’s charges are baseless and that Sharipov or other members of the “Ozodagon” team have no links or activities related to religious extremism.

Tajikistan security forces have labeled many journalists, who collaborated with “Ozodagon” newspaper as “the enemies of the people,” Zafar Sufi states.

Tajikistan based media have reported that Sharipov’s arrest is related to a book he has written on the subject of the life of the prophet of Islam, Mohammad. The book has never been published, but it has been categorized as a banned book in Tajikistan.

Tajikistan government has been using extreme measures to crack down on Muslim extremism and they taking extremely tight controls on religious extremist activities inside the country.

Committee to Protect Journalists has criticized Tajikistan for “silencing one of the few media critics that remain” inside the country demanding the immediate release of Daler Sharipov from custody and allowing him to continue his reporting.

Daler Sharipov is known for writing human rights promoting content and as a fighter for religious freedom.

Daler Sharipov’s detention is being widely discussed among Tajiks in social media. Tajik journalists, human rights advocates, and ordinary users are demanding his release. Tajikistan government has been largely silent bout this one arrest and they have not been issuing any press releases related to Sharipov’s detention.

Fears of COVID-19 Spread in Iranian Prisons: Political Prisoners are Pleading to go on Leave