The 10th bimonthly Labor Rights Newsletter of Zamaneh Media has been published in both Persian and English. This issue covers labor news and workers’ issues in the approximate range of December 2019 and January 2020. 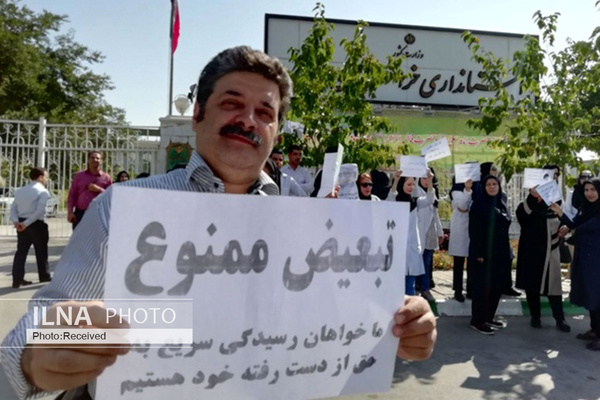 According to the Statistical Center of Iran, point to point inflation rate rose 0.8 percent towards the 21 December 2019 as compared to the previous month, reaching 40%. The inflation rate for the food and beverage group, which accounts for about a quarter of the costs of the Iranian household was announced at 55.7%. This means that an average worker household now has to pay more for essential commodities such as food. 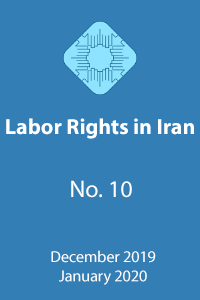 The cost of a basket of essential goods for an average Iranian family of four is estimated at around eight million tomans (615 USD) per month. This is six million tomans a month less than the monthly minimum wage assigned for this fiscal year by the government (the minimum wage with benefits such as the newly assigned subsistence allowance is at best around two million tomans for each wage-earner which equals to 154 USD per months.

In such harsh economic conditions, many private firms and public institutions have been delaying the payments of workers’ wages. Workers in some areas are forced to find income by becoming street peddlers, vendors, and Kulbars (human mules).

Despite the violent crackdown of the widespread protests in Iran in November 2019 over the price of gasoline, Iranian workers continue to strike and protest. Non-payment of wages, delayed wages/benefits/bonuses and the demands for the payment of them continue to be the foremost reasons for workers’ protests in various parts of Iran in this reporting period. However after the gasoline protests ended, security forces increase the pressure on workers’ movement in Iran, summoning or arresting workers and labor activists.

This is in line with the statements of Iranian officials who said that many of those who took park in the gasoline protest were low-income workers.

Sayyed Hossein Naghavi, a spokesman for the National Security Committee of the Islamic Consultative Assembly of Iran, reported that most of those arrested were unemployed or had low-income jobs, indicating a direct impact of rising gas prices on the livelihoods of urban workers and the poor.

On 27 November, Hasan Naghavi Hosseini, an MP and the spokesperson for the National Security Parliamentary Commission announced that seven thousand individuals were arrested during or related to the gasoline protests. IRI’s Minister of Intelligence has also said that most of the arrestees are from low-income families, many are also unemployed, reflecting widespread suppression of workers and urban poor during protests over gasoline prices.

On 3 January 2020, Qasem Soleimani the Iranian major general leading the Islamic Revolutionary Guard Corps (IRGC) Quds Force was killed by the United States drone attack in Iraq. Inside Iran, the government used this assassination to gather support for what they called a “national unity” by holding Soleimani’s funeral in several cities. One of the cities the IRI chose for the funeral rally of Soleimani was the city of Ahvaz, where widespread workers’ protests had been taking place in the past four years.
Iran has announced a gradual withdrawal from JCPOA as a result of rising tensions with the United States. The rising tensions and the worsening of economic conditions have had its toll on the life of public servants and workers who have either contracts with the government or with government hired private contractors. Many – including municipality workers in virus cities – have months of delayed payments of wages because of a lack of funds.

Zamaneh bi-monthly briefs detail the state of labor rights and legislation in Iran to develop alliances of knowledge sharing to promote and build public pressure for the adoption and enforcement of internationally-recognized treaties related to labor rights in Iran.

Iran Targets Activists and Journalists before the Parliamentary Election Next Week