The Curious Case of Persian Wikipedia: is the Iranian State Influencing Content?

On September 11, an investigative report on Open Democracy by Sina Zekavat raised serious concerns in the Iranian community. The article claimed that the Iranian state’s intelligence apparatus might be using Wikipedia pages to exert their influence and censor content. Several questions were brought up about the cooperation between Persian Wikipedia editors who are volunteers and Iranian officials. 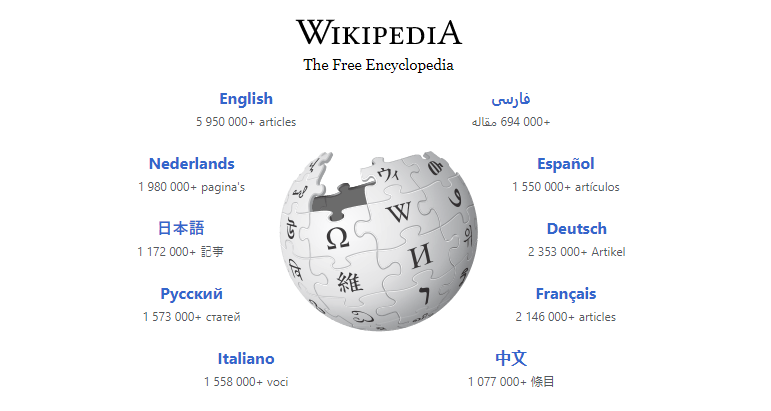 Persian users of Wikipedia are worried about the accuracy and fairness of the information published in Wikipedia and the ways that it can potentially be manipulated by state actors.The controversy around the Persian Wikipedia was mainly concerned with two issues: the meeting of the Persian editors with Iranian officials on September 11, 2018, and examples of manipulation of facts on the Wikipedia pages that were about the Syrian war. Other users also voiced their concerns about pages of several Iranian officials and minorities and raised questions about the possible organized censorship of these pages.

Wikipedia claims to be an independent open-source encyclopedia, however, the controversy of content manipulation on Wikipedia is not limited to the Persian version. In general, paid-edit, ideological trolling, activities of government propagandists, and private publicists have exploited this free encyclopedia in many languages, including Farsi.

Wikipedia introduces itself as the largest and the most popular general reference on the World Wide Web that was launched in early 2001. It started with an English version, and other languages have been added progressively.

Persian Wikipedia began in December 2003. Now, after 16 years, according to its website, Persian Wikipedia has more than half a million articles in Farsi. It is impressive for a media that is run by volunteers, and raises the question: can we trust these articles?

When did the Controversy Surrounding Persian Wikipedia begin?

The Article by Open Democracy was not the first time that the issue of the Iranian state’s influence on Wikipedia has been raised. Six years ago, the Center for Global Communication Studies of the University of Pennsylvania published a research about the Iranian government’s censorship of Wikipedia. Two researchers, Collin Anderson and Nima Nazeri, conducted extensive research on Persian Wikipedia.

In 2013 Wikipedia had about 300,000 articles. They identified 963 unique articles in Persian Wikipedia that were blocked by the state’s internet filtering mechanism of censorship. When categorizing the blocked articles they found that the Iranian state mainly blocked pages with socio-political and sexual content.

Sina Zekavat in his Open Democracy article investigated another aspect of censorship on Wikipedia: outsourcing of state censorship to non-state actors. Zekavat argued that the state is expanding its disciplinary measures of censorship and might be using Persian Wikipedia users for this purpose. “It is shocking to see how far Persian Wikipedia has come already in becoming the Iranian state’s partner in crime,” the article suggested.

A Case of Accidental Investigation

Sina Zekavat is a social justice activist who wrote the article. He told Zamaneh that it all started by accident:

“It was an accidental investigation that began by comparing a few different, politically sensitive, Wikipedia articles in English and Persian.”

He explained how the disparity of narratives concerning important events such as the war in Syria was the first trigger.

The further Zekavat investigated Persian Wikipedia, the more he found:

“From there I found information about a 2018 meeting between Persian Wikipedia team and Iran’s Ministry of Culture which made me look closer. What was discussed at this meeting? This is how the article developed.”

A person who was familiar with this meeting says that a Wikipedia user was in contact with the organizer of this meeting, and he invited the Persian editors of Wikipedia. According to this person, who wants to remain anonymous, three editors of Persian Wikipedia attended the meeting. Zamaneh media source told us that the Persian Wikipedia editors had never any encounter with the officials from Iran’s Ministry of Culture and Islamic Guidance after that.

Iranian officials see the Internet as a double-edged sword, they want it for their personal and professional use, and at the same time, they want to limit access to the public. Their approach to the Internet is the same as their approach to the media, to try to keep citizen’s access to information as limited as possible and with as little political coverage as possible unless it covers their favorable narrative.

According to the latest data on the World Bank website, almost 70 percent of the Iranian population uses the Internet. According to the survey that was conducted in urban and rural areas in the winter of 2018 by the statistical Center of Iran, more than 46 million people in Iran are considered internet users.

Persian Wikipedia states that it has thousands of unique visitors per day. It is a relatively popular reference page and it is often used by users as a source. If Wikipedia is somewhat of a primary source for the Persian speakers online, is it worth it for a state with a history of censorship to try to control Wikipedia content? If yes, how?

Sina Zekavat suggests in his article that the Islamic Republic is trying to influence the Persian Wikipedia editors:

“The particular danger of increasing collaboration between Persian Wikipedia and the Iranian state lies in the state’s appropriation and adaptation of terms like “independent media,” “neutrality,” and “objectivity.” This empowers the government to gradually move away from traditional censorship and move towards more complex and flexible censorship mechanisms.”

Mohsen Salek is one of the Wikipedia editors who attended the meeting with the Ministry of Culture and Islamic Guidance’s official. On his Twitter page, Salek wrote that the location of the meeting was not relevant, and he as one of the editors would go anywhere if the meeting were to be about the expansion and development of Persian Wikipedia.

What is Wikipedia’s Responsibility?

Since the publication of Zekavat’s article and its Farsi translation, some Wikipedia users have been sharing their experiences regarding Persian Wikipedia on twitter.

“In some ways, the article has opened the way for many users to share their experiences and concerns regarding censorship and double standards on Persian Wikipedia,” Zekavat says.

Samantha Lien, Communications Manager of the Wikimedia Foundation, told Zamaneh that Wikimedia had reviewed the claims in the Open Democracy article:

“We reviewed the claims in the article with Farsi-speaking volunteers in the Wikipedia editing community and found a number of the claims to be unsubstantiated.”

She did not mention which claims were unsubstantiated or which ones might have a basis.

“At the Wikimedia Foundation, we stand firmly against censorship of Wikipedia. We do not comply with requests to remove or alter content on Wikipedia by governments unless legally required. We regularly publish a transparency report that shares the requests we do receive and how we address them, “she added.

Ultimately, it is all About the Users

Wikipedia insists that it does not write, edit, or determine what content exists on Wikipedia, but volunteer editors do.

“Wikipedia has always marketed itself as a platform independent from state and governmental influence; this is one of the reasons why the website has become a vital source of information. But in the era of cyberattacks, post-truth, and organized disinformation campaigns, governments are using new forms and methods of data manipulation and censorship, which are more user-generated and less visible,” Zekavat argues.

“Manipulation of Wikipedia for personal or political gain goes directly against the purpose and mission of the site – to be a neutral, reliable source of free knowledge for the world. It violates the trust we have with our readers and volunteer editors to provide the facts based on verified sources.”

So, the dilemma remains, what should the users do. Lien argues that critical engagement with content makes their work more rich and reliable and they encourage it:

“We encourage everyone to consider evaluating how an article has evolved over time on Wikipedia. You can see this either by looking at the talk page, where editors discuss changes to an article, as well as the publicly viewable edit history of the article. And if you see something that doesn’t seem accurate or neutral, let other editors know on the talk page (in the top left corner of any article page). As more people edit, review, and contribute to Wikipedia, articles tend to become more neutral and balanced over time.”

Zekavat noted that due to time and labor shortage, there is a limit to how much users can monitor and report such activities.

“This is why we should ask Wikipedia to establish new forms of data and safety protection which could guarantee Wikipedia’s independence from state influence and also protect users’ freedom of speech and access to unfiltered information in all countries, particularly in non-democratic countries such as Iran and Saudi Arabia,” Zekavat suggested.

On Monday, in the second part of this report, Zamaneh will review the reactions of Persian Wikipedia’s controversy on Social Media. How did Wikipedia Founder got involved in the debate on Persian Tweeter, and what did Jimmy Wales write in a Direct Message?