The Majority of Zamaneh Panellists: The Upcoming Election Will not Be ‘Free’, We Are Going to Boycott It!

The majority of users who took part in Zamaneh Media’s latest opinion panel, most of whom live in Iran, say that they will not participate in the upcoming February 2020 election. Many will also call for a general boycott. At the same time, panellists believe that the next parliamentary election will fail to provide meaningful change for the country. The majority of panellists consider the election not to be free and are of the opinion that elected MPs will not represent the general populace. 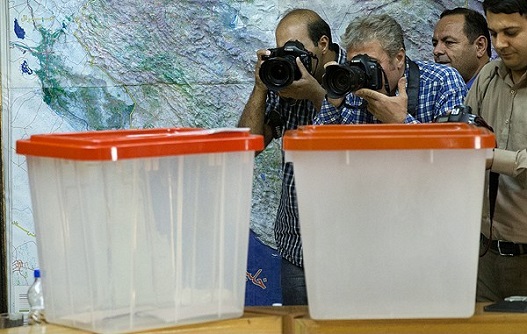 The 11th round of parliamentary elections in Iran will be held on 21 February 2020, with 290 seats to be filled for a four-year term through a nationwide election.

Zamaneh Media’s Opinion Panel is a platform in which users can join to provide a series of demographic data about themselves and have the option of returning to the panel to take part in specific surveys. In the past three weeks, hundreds of Zamaneh’s audience have joined the panel and have participated in the surveys. They represent diverse backgrounds but participating users are predominantly from inside Iran.

In the third survey presented on Zamaneh Media’s Opinion Panel, we asked the panelists about their views on the 2020 Iranian Parliamentary Election. We wanted to find out what significance they attribute to the Islamic Consultative Assembly (also known as the Majlis). We also asked users if they intend to participate in the 2020 Majlis election and if they see Iranian elections as free and fair.

This is Zmananeh’s first survey regarding the upcoming 2020 elections. A total of 319 users, among them 84 previously registered panelists, participated in this poll. We will conduct more polls as the 2020 Iranian Parliamentary Election gets closer.

An Election in Times of Political Tensions

The survey was conducted in the first week of August 2019, at a time when the Islamic Republic of Iran experienced pressures from multiple fronts. Iranian people are in distress and concerned with the level of government mismanagement and economic corruption.  The state’s suppression of citizens’ rights and dissidents is alarming and the lack of freedom of speech is felt my media professionals and social media users. The economy is at an all-time low due to the return of sanctions after the U.S. withdrew from the Joint Comprehensive Plan of Action (JCPOA). The value of Iran’s currency has dropped to record lows and its annual inflation rate has quadrupled. Over the last month, international tensions have added to the anxiety of Iranian people and made many anxious about the possibility of war and military conflict between Iran and the U.S.

A Timeline of Events in the Last Three Months:

During the first week of August 2019, between 5 and 8 August, 319 Zamaneh Panelists took part in our third online survey. The key findings were:

Only one percent of the panelists believe that parliament is dealing well with Iranian affairs. More than a half felt that the Majlis is disconnected from citizens and around 43% said that the Iranian parliament is a weak mediator between the people and its leaders.

There is a consensus that Iran needs a major overhaul and serious change. But when the readers were asked that “can the parliament make change happen?”, most of the panelists believed that parliament cannot currently lead political change, and only 5% were positive that the result of this election will provide an answer to this need.

It is not surprising then that more than 87% of the panelists said they are going to boycott the election while only about 5% said they will participate in the upcoming election.

Moreover, 85% of the panelists believe there will be a low turnout in the upcoming election

We asked those who predicted a high turnout to give reasons for this prediction. 72% of them said they would rather vote for the current bad situation rather than to wait along and do nothing for the worse.

We also asked those who predicted a low turnout for the reason behind this belief.

They cited disappointment with the reforms already put forward by parliament, general distrust of the system and the limitations imposed by the “approbation supervision” system in which the Guardian Council vets candidate before the election. The users cited the aforementioned as reasons that they are no longer eager to participate in the upcoming 2020 election.

Zamaneh Panelists: “No to War, No to the Iranian Regime!”

Iran Detains another Dual-National British Citizen: this Time a Researcher Working on Minorities