Zamaneh Panelists: “No to War, No to the Iranian Regime!”

The majority of Zamaneh Media Panelists, who mostly live in Iran, think that the way to get out of the current diplomatic crisis is “the negotiations with the United States”, although the country’s leaders have not yet decided to do so. At the same time, more than two thirds of the panelists identify with this political slogan: “No to War, No to the Iranian Regime!” 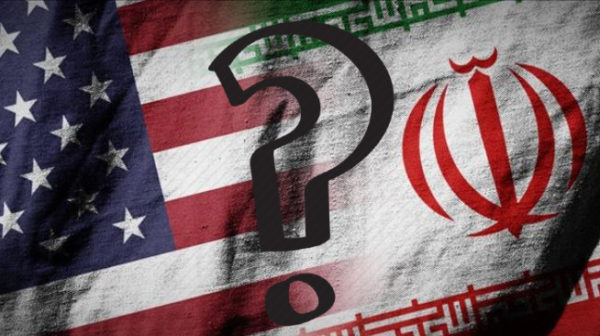 Zamaneh media has recently launched an opinion panel for Iran. In just a few weeks following the launch, hundreds of our readers have joined the panel and are participating in the surveys. They come from different backgrounds and live predominantly inside Iran

In our first survey, we asked our panelists about their views on the current Iran-U.S. diplomatic crisis. We wanted to find out how they see the possibility of negotiations between the two rivals, what could be the alternatives and which side might be responsible for the failure of such talks. We also asked our panelists that what they support in this situation.

Month of May; the eventful month:

The survey was conducted at the end of May 2019. The month of May was very eventful for the US-Iran relationship. Tensions were raised in all directions due to the rhetoric of leaders following on from mysterious and timely attacks on four ships and oil tankers in the Persian Gulf in the territorial waters of the United Arab Emirates east of the emirate of Fujairah.

Let’s take a look at what happened in the month of May:

How do our readers view possible Iran-U.S. negotiations in the current climate?

More than half of the participants in the survey believe that the negotiations between the two countries are necessary.

What is the best alternative to negotiations?

The readers were divided on this question. 19.8% believed the Iranian side is waiting for a U.S. power transition, but more panelists thought the U.S. side ia waiting patiently for sanctions to put more pressure on the Iranian government.

A smaller group (12%) predicted that in absence of negotiations, the situation will lead to war. More than a third answered that none of these scenarios will happen.

Most panelists (57.8%), however, thought that the real obstacle would be a combination of all the named reasons.

More than half of the panelists say that in the case of starting negotiations, they expect the same fate as the U.S.- North Korea talks.

A third of readers were more optimistic and said that negotiations will gradually restore relations between the two countries. Fewer panelists (15.6%) predicted the talks will break down and lead to further hostilities.

We asked our readers what would be the effect of Iran-U.S. talks from the Perspective of Iran’s domestic politics.

The participants of this survey were asked which slogan best reflects their sentiments. Most of the readers (72.5%) chose the option: “No to war, no to the Iranian regime.”

16.5% chose: “No to the Iranian regime.” Only 1 percent of the readers supported the government against the U.S.

A Clown, Not “The Perfect Woman” – Performance Art and Feminism in Conversation with Neslihan Arol

Green, Black and Red: The Story of a Failed Movement