The head of Iran’s Basij Organization has expressed concern regarding the Iranian president’s trip to Italy and France, saying the agreements signed on this trip go against the “Economy of Resistance” recommended by Iran’s Supreme Leader. 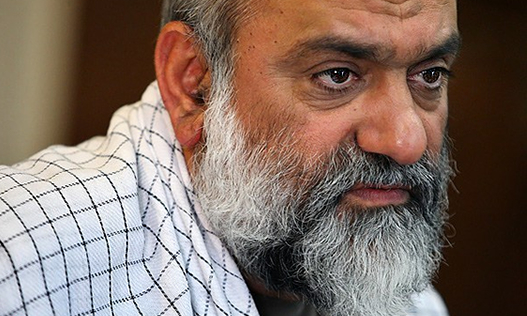 Supreme Leader Ayatollah Khamenei has often spoken of “the economy of resistance” as a way of overcoming economic hardship brought on by sanctions.

The Fars News Agency reports that on Friday January 29, Mohammadreza Naghdi said since sanctions did not force Iran to surrender, “the enemy has given up on sanctions and is now trying to reach its objectives through friendship.”

He stressed that the West has not in effect eliminated the sanctions, they have only suspended them for 120 or 180 days, and their decision could be reverted at any time.

He referred to the Iranian president’s recent trip to Italy and France, saying: “The events of the Rome and France trip are a dagger in the body of the economy of resistance… a continuance of such actions will result in the closure of all our technical colleges.”

Naghdi claimed that Europeans were active in the events of 2009 and in some way even took their lead from the U.S. in imposing sanctions on Iran.

He also expressed concern that the French president did not meet the Iranian president upon his arrival in Paris. Hassan Rohani was instead met by the French foreign minister.

Naghdi also maintained that the prominent coverage of the Airbus deal with Iran is a “psychological game” and added that such activities do not solve the country’s unemployment concerns.

Hassan Rohani and his delegation signed several trade deal in Italy and France during their five-day trip including a $25-billion deal to buy 118 Airbus passenger planes.

Conservative factions of the Islamic Republic have been critical of the Rohani administration’s close relations with European countries.