A group of activists has written an open letter to the UN Secretary General urging him to follow up on the fate of Saeed Zinali, an Iranian student missing since the incidents at Tehran University dorms in 1999. 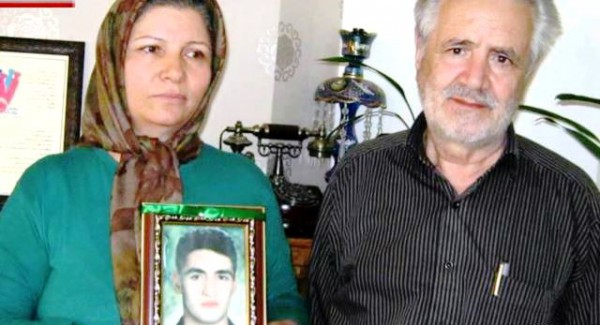 Saeed Zinali, a student in the computer engineering program, was arrested on July 14 at his home following the student protests of 1999. His parents and sister witnessed the arrest by three plainclothes officers and a “simple questioning”.

Akram Neghabi, Zinali’s mother, has been going to judicial, military and security offices with a photo of her son to enquire about him, and the last response to her enquiries came in an implicit statement from judiciary spokesman Gholamhosein Mohseni Ejei, who said he might be missing.

Mohseni Ejei said that there has been some effort to find evidence of Zinali’s alleged arrest ,but they have been able to find no direct concrete documents. He said: “There is no evidence establishing this arrest.”

Even though Saeed Zinali was arrested in the security-laden atmosphere of the attacks on the Tehran University dorm in 1999, the Zinali family has no documented proof of his arrest by the security forces, and so far their claims have been completely denied by the authorities.

After his arrest, only once did Saeed Zinali reportedly contact his home by phone and ask his family to follow up on his arrest. This was the family’s last contact with him, and 17 years later his fate remains unknown. Six months after the arrest, an individual identifying himself as a prison official contacted the family and informed them that Saeed was fine. However, after that they received no more information.

The recent letter to Ban Ki-moon provides this information and states that the family’s efforts to find their son have made no headway through Iranian judicial channels; therefore, they are trying to now pursue international channels. They write that according to the Zinali family, a number of officials have told them verbally that Saeed ZInali was arrested by the Revolutionary Guards (IRGC) intelligence forces but they were not prepared to sign an affidavit confirming their statements.

During those 17 years, the Zinali family has reportedly been threatened, interrogated and detained on several occasions to stop them from pursuing the matter.

The letter also refers to another detained student, Fareshteh Alizadeh, who was arrested 17 years ago and has gone missing since them. Her mother spent years going between security and judiciary offices and finally passed away.

The letter maintains that “those kidnapped and gone missing without a trace by security forces of the Islamic Republic are not limited to Saeed Zinali and Fereshteh Alizadeh. But today the mother of Saeed Zinali and we who have risen to her support urge you not remain silent toward this injustice.”

The signatories have also forwarded the letter to Ahmad Shaheed, the UN special rapporteur on human rights, and the United Nations Human Rights Council Working Group on Enforced or Involuntary Disappearances.