New court to preside over disputes about water resources

The Iranian judiciary has announced the establishment of the Supreme Court of Water Resources to address the growing number of disputes over the exploitation of water resources. 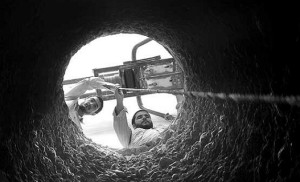 The court will not administer water consumption but rather will process disputes involving local and regional complainants and farmers, ISNA reports.

The report adds that the establishment of the Supreme Court of Water Resources is a “rushed and desperate” decision, like most decisions on the country’s water resources in the past 100 years, but it is a necessary step to “somewhat alleviate the effects of 100 years of mistaken actions” in this area and to prevent the water crisis from turning into a catastrophe.

The unregulated use of underground waters has led to their sharp decline, as well as sinking soil in many areas of the country. On some of these plains, sinkholes and crags one or two metres wide and several metres deep are visible from ground level.

The report adds that many farmers, who have spent large sums of money to drill as deep as 1,200 metres to water their farmland, are on the verge of bankruptcy, which means they will soon be defaulting on loans they have drawn from banks to finance these water-drilling projects. The new court will also handle disputes involving food industry companies that rely on these farm products and may in turn soon fall prey to bankruptcy, due to the decline in domestic farming as a result of the water crisis.