At 3:00 PM on Saturday, Saman Nasim, the Iranian-Kurdish prisoner who was believed to have been executed in late February, called his family to tell them that his death sentence had been suspended and he was in Zanjan Prison. 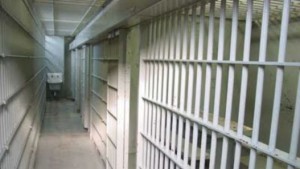 The news was confirmed by Nasim’s sister, who told Radio Zamaneh that after five months of no news, the family is extremely relieved that he is still alive.
A few days ago, rumours began circulating through social media networks that Saman Nasim might be alive. Nasim’s father told Zamaneh on Thursday that their lawyer had called to inform them that their son’s file was still under appeal procedures and he had not been executed. His father said, however, that he would not believe it without seeing him.

Saman Nasim was arrested at the age of 17 for the charge of membership in the PJAK organization, a Kurdish group outlawed by the Islamic Republic and considered a terrorist group.

Two years ago, a court in Western Azerbaijan found him guilty of “enmity with God” for armed activities against Iran’s Revolutionary Guards and sentenced him to death.
Nasim was transferred to the solitary confinement ward of Urmiah Prison with five other political prisoners, triggering widespread concerns among human rights groups that he would soon be executed. Amnesty International and Human Rights Watch, in separate statements, had urged Iranian authorities to stop his execution.

Salil Shetty, the Amnesty International Secretary General, wrote to Iran’s Supreme Leader, urging him to rescind Nasim’s death sentence and consider the fact that Saman Nasim had not reached the age of majority at the time of his arrest, and that his execution would contravene international conventions to which Iran is a signatory.

In another effort to stop Nasim’s execution, a group of political prisoners in Karaj’s Gohardasht Prison wrote to Ahmad Shaheed, the UN rapporteur on human rights in Iran, and called for his every effort.

News of Nasim’s execution spread across the internet when his brother reported that someone had contacted the family and told them to come the next day to receive his remains.

Saman Rasoulpour reported at the time that Nasim had been executed and the family was preparing for the funeral and had been seriously threatened to avoid talking about it to the media. He wrote at the time: “The family has now accepted that he (Saman Nasim) is no longer alive.”

Aziz Mojdei, the lawyer for Saman Nasim, told Zamaneh that after his client was transferred, they were not clearly informed about his whereabouts. The authorities reportedly told them that he might have been in Zanjan, Tabriz or Qazvin prisons.

Mojdei went on to file for a judicial review and was later informed that the head of judiciary had halted the death sentence.

Mojdei says: “For five months, we had no news of Saman. Of course, I told the family that the sentence had not been executed, but they obviously wondered if he were indeed alive, why he was he not contacting them.”

Mahmoud Amiri Moghaddam, a spokesman for the Iranian Human Rights Organization, tells Zamaneh: “The fact that Saman Nasim is alive is cause for joy. It appears that he was held in solitary confinement all this time and solitary confinement is a form of torturing a prisoner.”

Millions of rural Iranians getting water from mobile tankers