The U.S. Treasury has boycotted an Iraqi company and a UAE company for helping Iran to buy used airplanes. 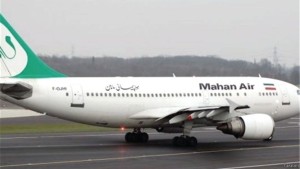 Iraq’s Al-Nasser Airlines and UAE-based Sky Bluebird have been sanctioned by the U.S. Treasury for their dealings with Iran’s Mahan Airlines.

The news comes after an Israeli official slammed the Obama administration for allowing Iran to buy passenger planes.

The U.S. Treasury says it is sanctioning the two companies because they dealt with Mahan Airlines, which is on the U.S. blacklist for its links to Iran’s Revolutionary Guards.

The U.S. Treasury sanctions include a blacklist of numerous individuals, which means the U.S. assets of the offending individuals and companies will be frozen and no companies or entities will be allowed to have dealings with them.