Iran’s deputy foreign minister has called on the United Nations to do all it can to stop military aggression against Yemen. 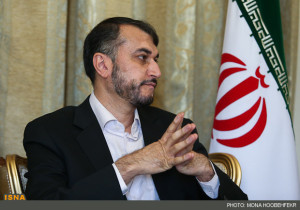 IRNA reports that Hossein Amirabdollahian, who is attending an international conference in Kuwait on the Syrian refugee crisis, met with Ban Ki-moon to discuss the most recent regional developments.

He warned that Saudi aggression against Yemen will have serious consequences for the countries in the region and urged the UN Secretary General to do everything in his power and within the range of the UN’s capabilities to put an immediate end to any military action against Yemen.

He stressed that continued attacks will only stoke the fire of war, adding: “A military approach in Yemen is bound to fail; national dialogue and the elimination of foreign intervention is the only political solution.”

Iran has given $4 billion in aid to Syria

The deputy foreign minister also discussed Syria with Ban Ki-moon. Amirabdollahian expressed regret that weapons and armed fighters continue to pour into Syria, especially in recent weeks, and he urged the UN to take a more active role in stopping it.

He added that Iran has provided $4.2 billion in aid since the beginning of the Syrian crisis in the form of food, medical supplies and fuel for refugees.

The Syrian crisis, which has now entered its fifth year, has so far claimed 210,000 lives and displaced half of the Syrian population.