Pensioners between April and July have staged protests in several Iranian cities. This is a protest in the city of Rasht in July 2021. 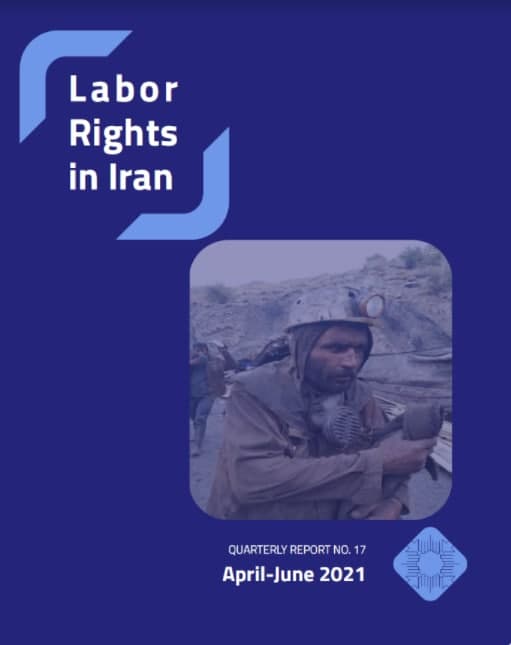 The official inflation rate in April 2021 was close to 50%. The price of most essential goods increased, including bread, poultry, and meat. Rouhani’s outgoing cabinet will issue a permit to increase the price of dairy and bread.

As inflation rises, the number of unemployed continues to increase because of the economic condition and also the covid-19 pandemic that continues to spread in Iran and has not been contained. According to the Iranian Social Security Organization, only 22% of workers who have lost their jobs during the coronavirus pandemic had permanent contracts and are eligible for unemployment insurance.

The economic conditions are pressuring worker and at least five suicide and self-immolations have been reported among workers in this period.Iranian pensioners face many economic obstacles. In March 2021, the Social Security Organization of Iran announced that the minimum wage for married retirees with two children
who have 30 years of insurance history, would be 4.2 million tomans. Independent economist estimates that a family of four need at least 12 million tomans to be able to pay for its living basket. From last winter until May 2021, retirees gathered every week in various cities to protest low wages.

The pensioners mostly provide for unemployed adult children so this condition affects many adults who are supported by their parents in Iran.

With increasing economic hardship, the suppression of workers who go on strike or protest have increased in Iran. In mid-June, protests by temporary contract workers in the hydro sector spread. Workers at the Bidkhoon Power Plant left the workplace to protest low wages and long hours. In this period, there has been also strikes and protest among workers in the Oil and Gas sector, welders, refineries, Petrochemical workers, municipal service workers, free trade zone workers as well strikes among miners, teachers, nurses, and pensioners.

Most workers’ protests in this reporting period have been because of non-payment of wages, delays in the payment of premiums, and low wages and benefits.

Workplace injuries and fatalities have increased in Iran. Between March 21 and June 10, 2021, 98 workers lost their lives, and 153 were injured in workplace accidents. The increase in work accidents in Iran is due to the failure of the Ministry of Cooperatives, Labor, and Social Welfare to monitor the safety of production and service workshops and implement inspection.

The economic conditions are pressuring worker and at least five suicide and self-immolations have been reported among workers in this period.