A Grassroots Movement against the Death Penalty in Iran; in the Making

In Feb 2020, the Iranian judiciary announced that it has sentenced three individuals to death in connection with the nation-wide November 2019 protests that erupted over gasoline price. The protests soon took a more radical turn and became about economic and political conditions of the country. In the protests that took place between 15 and 19 November, security forces killed at least 304 protesters, according to Amnesty International, and now the Islamic Republic’s Judiciary was adding to the protest casualties by issuing death verdicts for protesters. 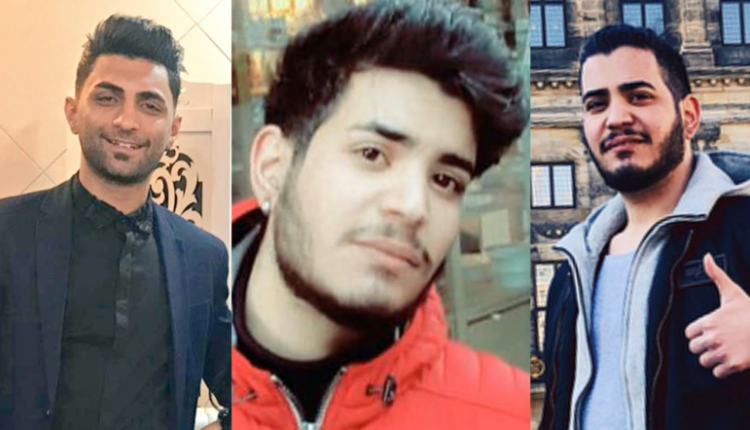 On 29 Feb 2020, a day after the news of the death verdict went viral, a user contacted Zamaneh Media’s petitioning platform Daadkhast expressing interest to start a petition to halt the executions. Similar petitions were simultaneously started in the English speaking world by rights groups such as Amnesty International. The user who contacted Zamaneh and wrote the shortest petition with one demand:

The judiciary who had initially charged the three men, all in their twenties, for arson during the protest changed the charge to “armed robbery;” an attempt by the Judiciary to bypass international pressure for executing protesters.

When asked why the change, the spokesman of the Judiciary stated that the security forced had initially charged the men based on footages they had fournd on their phones: “After being arrested for theft charges, on their mobile phones we found the scenes of burning of banks, buses and public places.”

Sources close to the detainees’ families denied the Judiciary allegations, insisting that all three defendants were tortured and forced to confess. Human rights investigative teams of Amnesty International, Human Rights Watch, as well as journalists covering the case soon revealed that the three men were denied access to lawyers were beaten and tortured and were coerced into performing a confession for state television cameras.

Anger at Injustice: the Start of a Campaign

By the time the death sentence was sent to the Islamic Republic’s Supreme Court for review, citizens had used numerous channels to voice their concerns asking the court to revoke or reduce the lower court’s decision. The attorneys of the three men, who never had full access to their client’s files also had appealed the lower court’s death sentence based on flawed evidence and trial errors.

On Tuesday 14 July 2020, when Gholamhossein Esmaili, the spokesperson of Iran’s judiciary confirmed that the Supreme Court in Iran has upheld the death sentences of the three protesters, social media erupted with angry Iranian users.

The hashtag “#Do_Not_Execute” went viral and people started using photos of those sentenced to death to voice their opposition to the Iranian Supreme Court’s decision to put protesters on a death row. The Persian version of the hashtag, made history as it was repeated at least six million times in the first 48 hours of a campaign that organically started on Twitter and soon propagated to other social media platforms popular among Iranian users, like the Instagram and Telegram.

“Today we join hundreds of thousands of Iranians on social media who condemned these death sentences. We urge the head of the judiciary to immediately quash this decision and to grant a prompt and independent judicial review. We also call for an independent and impartial investigation into the allegations of torture, followed by the prosecution of perpetrators if the allegations are well-founded.”

Amirhossein Moradi, 25, Mohammad Rajabi, 25, and Saeed Tamjidi, 27 became faces for a grassroots campaign that become more and more political addressing the state’s policies of control and suppression of dissent.

For when my dad returned from prison and my 6 year old self could not recognize him because you had tortured him so much.
For all the times he he cries when recounting his experiences.#اعدام_نکنید #آزاد_کنید #StopExecutionsInIran #IranProtests2020 https://t.co/2yFaIxyI8V

Offline, slogans of a campaign that started online manifested itself on the walls of the cities. Users started sharing photos of graffiti art using the Do Not Execute hashtag along with the names of political prisoners – not just the ones who were arrested in the November 2019 protests but all those who had suffered for political causes, all those who were killed and imprisoned in the forty-one years of Islamic Republic rule. The Do Not Execute campaign became an initiative to remember those who suffered at the hands of the state.

In light of the online activities of the Iranian users, security forces were present in many urban centers like Tehran, Shiraz and Tabriz. In the city of Behbahan in southwest provice of Khuzestan, citizens took to the street chanting: “we do not want the Islamic Republic” on late hours of Thursday 18 July 2020. The clashes between protesters and security forces was particularly bloody in this city in the November 2019 protests.

In took 24 hours from a campaign that started online to have some offline presence. The security forces attacked the protested in Behbahan with teargas, arrested some and dispersed most protesters by the morning. The Internet was also shut down in the whole province of Khuzestan.

The online campaign continued despite the crushing of the protests in Behbahan. The counting of the hashtag Do Not Execute has become a trend with users’ announcing “we reached eight million.”

The campaign is no longer only about halting the execution of the three men whose story angered millions of Iranians. It is now more a grassroots connection between all the users online, across platforms such as Twitter, Instagram, Facebook and Telegram who are angry at the status quo in Iran and would like to voice their cause for social justice and more freedoms.

Abolishment of the Death Penalty?

Although it might seem that a hashtag translating to Do Not Execute might be about ending the death penalty, this is not how it is read online. It is more about objecting to state violence and brutality.

Iranian Nobel Peace laureate Shirin Ebadi along with Narges Mohammadi who is now a political prisoner in Iran’s COVID-19 infested prisons have been at the forefront of the fight to abolish the death penalty in Iran. The two women worked together in Defenders of Human Rights Center in Iran, an organization that the Iranian security forced actively targeted.

Given the momentum of the online Do Not Execute movement, Shiring Ebadi has come forward with a petition of her own on Daadkhast, asking Iranians to support a cause for abolition of the death penalty once and for all. Her petition has gathered 1000 signatures in 24 hours. The abolishment of the death penalty is going to be a more challenging demand considering that the punitive measure in Iran’s Islamic Penal Code allows for retribution in kind and actively propagates this idea that retributive justice and blood revenge is the right of citizens.

Zamaneh Media has been supporting content on the subject of Right to Life to challenge the retributive and punitive discourse of the Islamic Penal Code of Iran. We think that with more knowledge and awareness on the subject, Iranian civil society can make informed decisions about the death penalty. Can the #Do_Not_Execute campaign become a grassroots movement for the abolition of the death penalty? It is unclear at this point. Right now what the participants want is an end to political injustice, including the arbitrary arrest, persecution, and the execution of protesters. These demands are strongly being voiced and is moving a campaign that is certainly political and about the politics a state that has caused a great deal of suffering.

To sign Shirin Ebadi’s petition to abolish the death penalty in Iran go to Daadkhast:

The Forgotten History of Iranian Nationalism