The UN Human Rights Special Procedures, a group of UN experts, have appealed to de facto authorities in Yemen to accelerate the unconditional release of Baha’i prisoners.

Earlier in March, Mahdi al-Mashat, leader of the Huthi authorities in Yemen, pardoned Hamed bin Haydara who had been sentenced to death by a Houthi-run court.

Al-Mashat also dropped all charges against other detainees and ordered that all Baha’i “political prisoners” be released.

“We welcomed the pardon of Mr. Haydara and the order to release all Baha’i prisoners issued last month by Mahdi Al Mashat, head of the de facto government,” the UN experts said.

The Houthi leader’s orders have not yet been implemented.

“We are, however, surprised and dismayed that following the pardoning and release order, the judicial authorities are imposing conditions such as commercial bond for the release of the five Baha’is currently on trial,” the UN experts said, noting that the prosecutor confirmed receipt of the order in early April.

Jos Douma, the Dutch Special Envoy on Freedom of Religion or Belief, tweeted that he hopes Houthi authorities will, at last, listen to this strong appeal by the UN experts.

So many pleas have been made over past weeks, to no avail.

I hope Houthi authorities will at last listen to this strong appeal by UN Experts. https://t.co/kag00NHEzr

“We strongly recommend against any rollback of the official decision to pardon and release which was communicated unequivocally. This would violate the fundamental rights of those affected,” the UN experts stressed.

Special Procedures, the largest body of independent experts in the UN Human Rights Council, is the general name of the Council’s independent fact-finding and monitoring mechanisms.

The group of UN human rights experts also called on the authorities to respect the right to freedom of religion or belief of the Baha’is and all other religious minorities in the country. 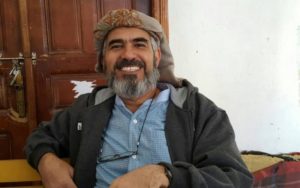 In recent years, Houthi authorities have targeted and persecuted followers of the Baha’i faith in Yemen.

The Baha’i community has been living in Yemen for more than 150 years. The Baha’i faith originated in Iran in 1844 but is currently banned there. The followers of the faith have undergone systematic persecution by the Iranian state. Israel is now home to some Baha’i holy sites and also hosts some of the faith’s administrative buildings, due to the banishment of the founder of the Baha’i faith by the Iranian government and the Ottoman Empire. There are an estimated six million Baha’i followers around the world.

Digital Threats and Activists in Exile: How Egypt, Syria, and Iran Discipline Dissidents in the Diaspora