Iranian Foreign Minister, Mohammad Javad Zarif, who had led the Iranian diplomacy team throughout the nuclear talks leading to the nuclear agreement between Iran, the P5+1, and the European Union wrote a short note on his Instagram page announcing that he is stepping down. Sources in Iran cite Zarif saying that the resignation is related to Bashar al-Assad visit on the same day. 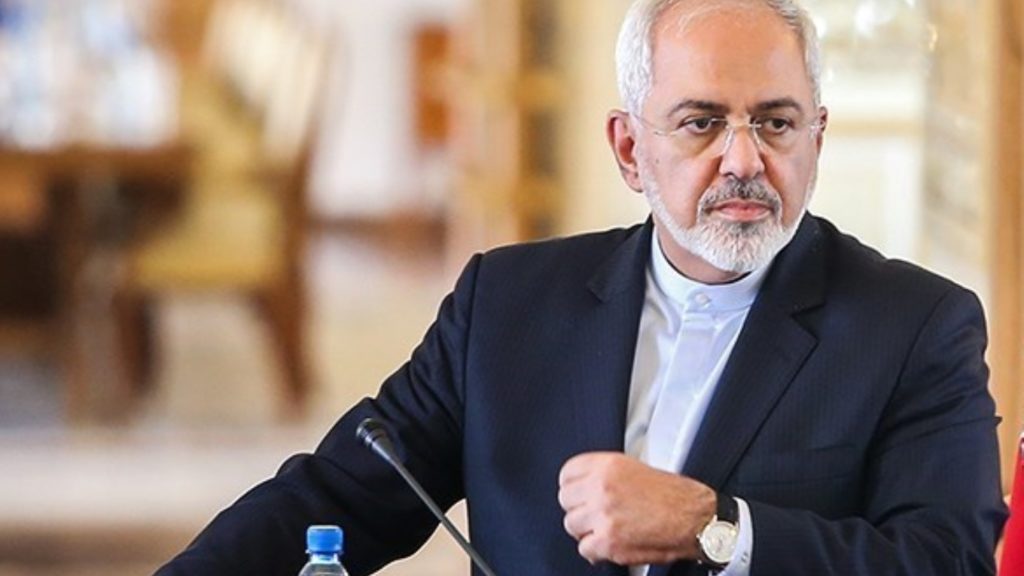 On Monday 25 Feb, Zarif posted an announcement of his resignations stating: “I am very thankful for the generosity of the dear and brave people of Iran and its authorities over the past 67 months. I sincerely apologize for the inability to continue serving and for all the shortcomings during my service.”

Iranian supreme leader Ali Khamenei held talks with Bashar al-Assad in which the two men embraced one another. In a separate visit, Bashar al-Assad sat with the Iranian president, Hassan Rouhani.

Mohammad Javad Zarif was absent in both meetings.

Entekhab, a media platform based inside of Iran, has written that its correspondent contacted Zarif to confirm and investigate the news of the resignations and received a text message from the Foreign Minister stating: “after the publication of the images of today’s meetings, Javad Zarif would not have credibility as the Foreign Minister in the world.”

The text message does not specify which meetings but it is assumed that Zarif is referring to the meetings of Bashar al-Assad with Iranian Iranian supreme leader and the Iranian president.

In both of those meetings, despite Zarif’s absence, Qasem Soleimani the Iranian Major General in the Islamic Revolutionary Guard Corps (IRGC) who is leading the Iranian forces in Syria was present.

Mahmoud Vaezi, Chief of Staff of Hassan Rouhani has said on twitter that this office “absolutely denies” accepting Zarif’s resignation. An official resignation – aside from the note on Instagram – has been submitted by Zarif to the office of the presidency according to Iran’s state-run IRNA news agency who cited Abbas Mousavi, a spokesperson of the Ministry of Foreign Affairs confirming the resignation.

It is unclear if there are any ongoing negotiations between Rouhani and Zarif but most analysts have speculated that the office of the Foreign Minister was either not invited to or not informed of the Bashar al-Assad visit to Tehran.

One day before his resignation, Zarif delivered a speech at University of Tehran at a conference titled “Multilateralism in Iran’s Foreign Policy; Capabilities and Strategies.” In this talk the Iranian Foreign Minister spoke out against those who seek to “break away and clash with the world in foreign policy.” He went on to say: “We wanted to be independent for our survival. This will to independence is not to fend off others and to give excuses to this and that to use against Iran.”

Zarif who was appointed in August 2013, has been serving as Hassan Rouhani’s Minister of Foreign Affairs for both the first term and the ongoing second term. He has been an advocate of active diplomacy and talks with all world powers. He has also been under pressure for leading talks with world powers and the signing of the 2015 nuclear deal known as the Joint Comprehensive Plan of Action (JCPOA).

The hardliners in Iran criticize Zarif for giving too many incentives and advantages to the Western counterparts. More recently and after the United States unilaterally withdrew from JCPOA, the pressure has increased in particular as the European Union tries the negotiate and limit Iran’s ballistic missiles program.

Under UN Security Council Resolution 2231, which was issued after the 2015 nuclear agreement, Iran’ is to abstain from the development of certain ballistic missiles.

In the past few months, Zarif has been in constant negotiations with internal policy makers and lawmakers in Iran to pursue them to approve bills proposed by the government of Hassan Rouhan to meet conditions set by the Financial Action Task Force (FATF) to get Iran out of the FATF’s blacklist.

Two of those FATF-related bills were approved by the lawmakers in the Iranian Parliament but then rejected by the Guardian Council who has the authority to oversee and veto the votes of the lawmakers. The two bills are related to the United Nation Convention against Transnational Organized Crime, and the bill on Iran’s accession to the convention against the funding of terrorism (CFT).  Zarif was exceptionally under fire for his support for these bills as the Expediency Council is expected to act as a mediator between the parliament and the Guardian Council and possibly allow for the lawmaker’s votes to go through.

A few hours before announcing his resignation on Instagram, Zarif met with peace activists from the group Code Pink in Tehran. If his resignation is accepted by president Hassan Rouhani, the meeting with Code Pink is his last task as the Foreign Minister of Iran.

Who is the Boss of the News?