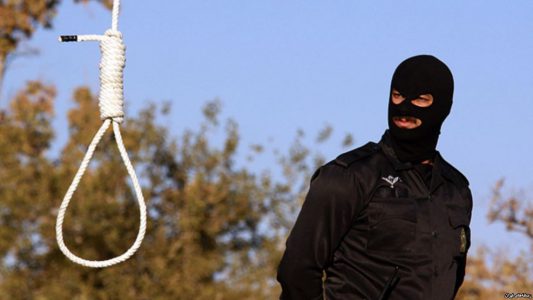 In February 2017 four individuals were executed in public in four different cities in Iran.

In another instance, an independent human rights NGO in France called for the banning of Iranian football after it was reported that a public hanging was carried out in a football stadium in the city of Neyriz in Fars province, Iran. Fars provincial authorities reacted to the criticism by indicating that the stadium is an abandoned venue no longer used for sports events.

In her report, Jahangir has expressed concern regarding the increasing number of executions. She indicates that any improvement in the situation of human rights in the country is dependent on significant legal and structural changes in the legal system of the country.

In this regard, Jahangir commended the adoption of the new Charter of Citizen’s Rights by Hassan Rohani administration and the new changes in the penal code but states that the changes are far from sufficient.

Iran has repeatedly dismissed reports criticizing its human rights record and insists that the reports have been politically biased.

Iran especially took issue with the several reports produced by Asma Jahangir’s predecessor Ahmad Shaheed who in his last report also pointed out a rising number of executions in the country.

Jahangir who replaced Shaheed last September presented a 40 page report in the 24th session of the Human Rights Council in Geneva. She referred to a possible tendency toward removing the death penalty for drug charges but added that while a preliminary bill in this regard has passed in the Iranian parliament, its implementation in not yet in sight.

The UN rapporteur also highlighted the issuance of the death penalty for minors and calls for unconditional ban on such sentences for all those convicted under the age of majority and a review of these verdicts.

The report indicates that human rights activists in Iran are being subjected to serious persecution by the government and adds that the Islamic Republic government continues to seriously restrict its citizens and democratic activities.

Jahangir calls for complete freedom of the press and release of all prisoners of conscience in Iran. She slams the presence of punishments such as flogging, blinding, dismemberment and stoning in Iran’s penal code as blatant violations of human rights.

The report states that religious minorities specifically Baha’is continue to be persecuted systematically by the Islamic Republic government. It records the “limited” achievement of the Rohani administration in alleviating the gender disparity in the country and calls for rescinding of all discriminatory laws against women.

Iranian reacted to the report saying they do not recognize the legitimacy of this report and consider it unfair and a political ploy against Iran. They insist that Jahangir’s research methods are invalid and biased.