Possible reactions of Islamic regime to outcome of recent elections

Khalil Mohammadi (Tehran) – What can the outcome of the parliamentary and Assembly of Experts elections provide for voters who went to the polls with hopes for “change”? The answer to this question may be evident to those who are familiar with the precedents of such events in the Islamic system. The changes will not be so palatable and on the contrary, such events do in the short run elicit more resistance from the regime and an imposition of greater pressure on other aspects of people’s lives. 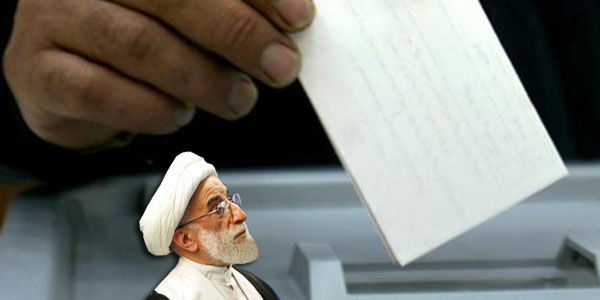 In past decades, experience has shown that the Islamic regime resorts to two modes of behaviour when faced with defeat or losses: first they pretend that they are victors; then they begin to impose various forms of restrictions to prove the persistence of their power.

Usurping the victory and the role of victors
In this role, the Islamic regime pretends to be satisfied with the new situation; it even begins to claim success and usurp the victory. In all the messages and statements of Islamic Republic officials following defeats, we can observe this quality. In effect, we have not yet had any social or political event in which the regime claimed defeat. Perhaps the only occasion may be Ayatollah Khamenei’s apologies for recommending control of population growth in the 1980s, although he implicitly indicated that the true fault lay with the government of the period. This unprecedented event was so abnormal that it made headlines for months. Apart from that example, however, on all important issues the Islamic regime has always presented itself as free of error or fault.

The Islamic regime paints all its defeats as victories and takes pride in them. In the recent elections, many denied his call to vote and many more voted for the list of his dissenters, again going against his clear instructions. However, in his message following the announcement of the election results, he interpreted the people’s message as “support for the Islamic regime” and their compliance with his leadership, for which he claimed he felt obliged to thank the public.

The same approach was taken in the presentation of its retreats in the nuclear disputes. Hassan Rohani went so far as describing the nuclear deal in the following terms: “It would be no exaggeration to describe the victory in this matter as one of greatest victories not only for the people of Iran but also for the developing world against world powers. We can say that we practically obtained all our objectives without exception in this matter.” Parliament also described the concessions of the Islamic regime as a great victory, which had come to fruition under the “guidance of the Supreme Leader, Ayatollah Khamenei”.

However, political naiveté, or perhaps the psychological characteristics that some of the Islamic regime’s representatives sometimes display, diminish the acting performances and reveal that they are not happy about losing control. In the latest elections, Ayatollah Khamenei did not use his usual epic tones of victory or express much joy in his speech following the results. In one of the shortest speeches he has ever given following an election, he thanked the people in a few words and prayed that God would guide them. The tone and the rest of his speech, which basically addressed the elected representatives, bore the latent message that nothing has changed and the regime is standing behind all its former positions. A number of other officials took a similar route. Ahmad Khatami, Tehran’s substitute Friday Mass Imam, spoke of the regime’s victory and said: “Each vote that was cast was a renewed yes vote to the Islamic regime” but he failed to hide his displeasure about the electoral victory of individuals from outside the ultra-conservative camp, saying: “Strangers and their domestic and foreign pawns should realize that [despite] changing the people, the general strategy of the regime, by the grace of God, will not change.”

Increasing pressure in regime-controlled arenas and persistence over old stances
It has been the persistent behaviour of the Islamic Republic that whenever it has had to retreat in any arena, it has compensated for the defeat and confirmed its hegemony by increasing pressure in various arenas of people’s lives, thus showing a proud and strong image completely in control as before.

This tactic can be traced to the mid 1990s and specifically to the reform movement of the 2nd of Khordad in 1997. Dissenters and journalists were arrested, newspapers were shut down, universities and student gatherings were attacked by plainclothes mobs and regime supporters staged sit-ins for the implementation of reform policies in the cultural arena. The reform government of Mohammad Khatami has been said to have faced a crisis at least every nine days during this time.

This has become a well known tactic of the Islamic Regime, and many of its critics have pointed it out. In the events surrounding the arrest and trial of Mohammad Karbaschi, the Tehran Mayor and top reformist campaigner, which began a few months after Mohammad Khatami came to power, a member of Parliament pointed out: “The right-wing factions… are doing this to establish that they are still in power, even if they are not in charge of the executive government anymore.” (Hamshahri; April 6, 1998) Ayatollah Taheri, a former Isfahan Friday Mass Imam, said: “The arrest of Mr. Karbaschi has nothing to do with embezzlement, bribery or corruption; it has to do with the epic of 2nd of Khordad.” (Hamshahri, April 6, 1998)

Behzad Nabavi, another reformist figure, was more direct in pointing out this strategy, saying: “The arrest of Tehran’s mayor is part of the right-wing strategy, in the wake of the 2nd of Khordad epic movement, to remedy their egregious loss in the presidential elections; the objectives of the perpetrators of these actions is to defuse the outcome of the elections, create tension and carry out a semi-coup.” (April 11, 1998)

The widespread disqualification of reformist candidates in the recent elections may similarly be viewed as a reaction to retreats by the right wing in the victory of the reformist government of Hassan Rohani and the concessions that led to the finalization of a nuclear deal, even though the strategy backfired and forced the right wing to sustain another loss in the outcome of the elections. Now we have to see whether the Islamic regime will benefit from its old strategy of “increasing pressure in the remaining arenas”. It would not be surprising to see rising restrictions imposed on the public in social, cultural and security matters and even increased pressure on prominent critics such as Ayatollah Hashemi Rafsanjani, who won the highest number of votes among Assembly of Experts candidates.