Iranian scholars from around the world have expressed their solidarity with Turkish scholars and students who have become the target of government persecution in recent months. 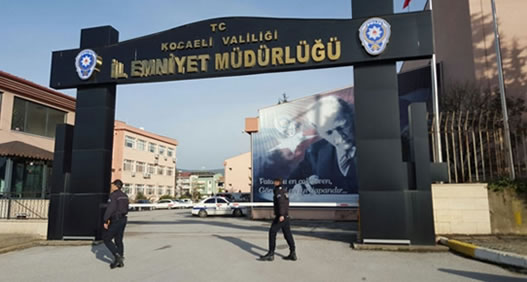 In a statement, the Iranian signatories urge the Turkish government to release the detained students and honour its commitment to freedom of speech at the universities.

The signatories also call for a halt on violent attacks on the Kurdish people in Turkey and urge the government to find a diplomatic solution for it.

Last month, more than 1,000 Turkish and Kurdish students and professors issued a statement saying: “We will not be a party to this crime!” and they called for an immediate end to Turkish military operations against the Kurdish regions of their country.

Official reports indicate that just in December, more than 100 Kurdish civilians were killed in Turkish military attacks in a Kurdish region of the country.

Following the release of the statement by Turkish universities, 20 of the signatories were arrested and their homes were searched.

(Text of the statement)

Statement of support for academics being victimised in Turkey

As scholars of Iran and the wider field of Iranian Studies we are extremely disturbed by Turkey’s recent treatment of academics who have protested against the continued violence of the Turkish state against Kurds.

1,128 Turkish and Kurdish ‘Academics for Peace’ originally signed the statement “We will not be a party to this crime”, calling on the Turkish government to cease military operations in the Kurdish regions of Turkey, which have involved indiscriminate shelling of densely populated urban centres, and, since August 2015, 52 open-ended and round-the-clock curfews imposed on over one million inhabitants in southeast Turkey. Kurdish civilians have borne the brunt of this constant violence. In December 2015 alone 100 Kurds were killed as a result of military operations conducted by the Turkish state.

The current systematic attack of the Turkish government on its academic critics began following a speech delivered by President Recep Tayyip Erdogan in which he publicly denounced the signatories of the statement accusing them of ‘treason’. Subsequently, prosecutors began proceedings to charge all 1,128 of the original signatories with “propagandising for a terrorist organization” and “overtly insulting the Turkish nation, the State of the Republic of Turkey, Grand National Assembly of Turkey, the Government of Republic of Turkey and the judicial organs of the state”.

This has resulted in more than 20 academics having been taken into custody (at the time of writing). If convicted of these charges they could face 1-5 years imprisonment. The legitimacy of arrests has already been questioned by prominent legal experts and described as “extra-legal” decisions. Many more have been subject to investigation by their universities and Turkey’s Council of Higher Education (YÖK) facing the prospect of being sacked.

Signatories have also been publicly exposed in the press and social media by government supporters, leading to fears of reprisals from pro-government criminal gangs that have declared they will ‘spill the blood’ of the signatories. Nationalist mobs, tacitly supported by the police, have attacked the offices of many others leaving red crosses and hate notes on their doors.

We call on the Turkish government to withdraw its prosecutions, immediately release all those detained, and commit to the principles of academic freedom and free speech. We moreover reaffirm the Academics for Peace call on the Turkish government to end suppressing its political opponents, cease its violence and military operations against Kurds, and pursue a negotiated solution to the Kurdish question in Turkey.

Tags: Iranian scholarsTurkeyWe will not be a party to this crime!
Previous Post