Two days after the spokesman for the Guardian Council said failing to sit for the jurisprudence exam would automatically disqualify candidates from running for an Assembly of Experts seat, he announced that those who forego the exam can still possibly qualify. This comes as reformists have been reporting on efforts to lobby the Guardian Council. 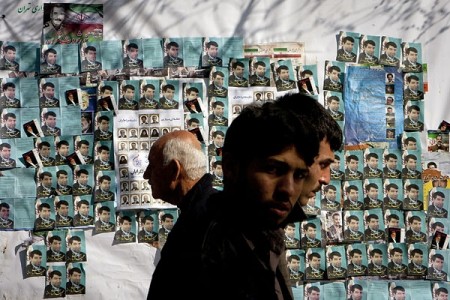 Nejatollah Ebrahimian, the Guardian Council spokesman, reversed his earlier announcement, saying registered nominees who wish to withdraw must do so in writing to their respective election offices.

Two days earlier, he had said in an interview on the Channel One national network that those who have not written the exam would no longer be considered for candidacy in the elections.

The jurisprudence exam was held on Tuesday January 5 with 400 applicants. Hassan Khomeini, the grandson of the late Iranian leader Ayatollah Khomeini, and a number of other prominent reformist figures did not attend the exam, creating a controversy in the media. While Ali Khomeini, Hassan Khomeini’s brother, told reporters that the Guardian Council had not invited his brother to sit for the exam, the council said he had been invited like everyone else.

Ebrahimian’s earlier statements appeared to indicate that Hassan Khomeini would no longer be considered eligible to run in the elections but the spokesman’s most recent statement leaves room for the reformist figure’s qualification.

Ebrahimian quoted Ayatollah Momen, a jurist member of the Guardian Council, saying the council has not sent any messages to potential candidates, indicating that their failure to sit for the exam had disqualified them from running in the elections.

Rahami, who is a member of the Reformist Policymaking Supreme Council, reported this week that they have managed to meet with “Ayatollah Momen, Yazdi, Shahroudi and a number of council jurists and felt confident about the continued communications”.

Rahami was asked about the possible need for eligible candidates to denounce the two reformist candidates of the 2009 presidential election, MirHosein Mousavi and Mehdi Karroubi.

Rahami said: “Reformists have not supported any criminals; anyone who has a charge against them should be tried in judicial proceedings.” He added that it was completely legal to work on the Karroubi and Mousavi campaigns as both men had been approved by the Guardian Council as eligible candidates.

Ayatollah Jannati, the secretary of the Guardian Council, had said earlier that those involved in the 2009 election protests would not be allowed to run in the elections. Islamic Republic Leader Ayatollah Khamenei also said in a meeting with Friday Prayer Imams that the 2009 election protests had resulted in heavy costs for the country, adding that the “opposition leaders were appeased”.

Ahmad Tavakoli and a number of other conservative members of Parliament had called on reformists to clear the way for their approval by the Guardian Council by denouncing Mousavi and Karroubi.

Following the 2009 protests, reformists were severely sidelined in the political arena. Many of their top figures were imprisoned and sentenced to heavy jail terms. Since the election of Hassan Rohani, a more moderate figure associated with the reformists, there has been more effort to bridge the divide with conservatives and especially with Supreme Leader Ayatollah Khamenei to secure the re-entry of reformists into the political arena.