Bombing Qandil, Barzani’s Statement and the Predicaments of Erbil and Ankara

Following the Turkish bombing of PKK positions in the Qandil mountains, the village of Zargeli, located in those same mountains, was bombed on Saturday August 1. Nine civilians were killed and 15 others were injured. The attack triggered reaction from Kurdish as well as the People’s Democratic parties in Turkey; however, most media reflected the reaction of Massoud Barezani.
The President of Iraqi Kurdistan issued a statement condemning the bombing of Kurdish villages and the targeting of the people of his region, and he called on Turkey not to bomb the villages and towns of the Kurdistan Region. 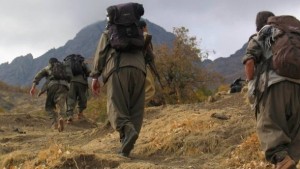 Most Persian-language media, influenced by international media, chose to reflect Barezani’s statement as if he were demanding the exit of PKK forces from the Kurdistan Region territory; however, in the actual statement that was issued in the Kurdish language and published on the official website of the President of the Kurdistan Region, no such message is clearly stated.
While Barezani’s position against the Turkish attack is not so severe, the other parties in the Kurdistan Region have emphatically condemned the Turkish attacks. The Turkish party, known as the People’s Democratic Party, which is the official opposition in the Turkish parliament, has not only condemned the attack but has referred to it as a crime against humanity and called for the prosecution of its perpetrators.

War after two years of ceasefire

Turkey, which had avoided cooperating with the U.S.-led coalition operations against ISIS, has now officially joined the war by allowing coalition forces to use the Incirlik Air Base. The Turkish military began by bombing ISIS bases in Syria and then focused its air raids on PKK bases in Turkey.

The operation followed the suicide attack in Suruç, which led to the death or injury of 130 people from the Socialist Youth Associations Federation, who had gathered in an effort to rebuild Kobani. The Turkish government claims ISIS is responsible for the bombing, while Kurdish parties in Turkey say the government orchestrated the attack.

As the Turkish army began bombing the PKK bases in Qandil, Turkish police began arresting more than one thousand Kurdish activists, accusing them of being linked to terrorism.

The military attack on the PKK, which is fighting against ISIS, and the arrest of Kurdish activists inside Turkey, have together thrown serious doubt on the Turkish government’s national reconciliation process with Kurds.

Meanwhile, southeastern regions of Turkey are once again fraught with unrest, and the Turkish army has stepped up its crackdown on the Patriotic Revolutionary Youth Movement militia, which the government says are linked to the PKK.

The Peoples’ Democratic Party, a Kurdish party which managed to get 13 percent of the votes in the last election and 80 seats in parliament, becoming the fourth official party in parliament, has accused the Turkish prime minister of totalitarianism and of trying to oust their party from Turkish politics.

The goal of Turkey’s recent military attacks on the PKK, in addition to creating a buffer zone against the geographic unity of the regions under Kurdish control in northern Syria, is to sideline Kurds in Turkish politics in view of the relatively high number of votes they received in the recent parliamentary elections.

There is also the theory that since the ruling Justice and Development Party has not yielded to a coalition with any of the other three parties in parliament, Erdogan is seeking early parliamentary elections and wants to ban the Kurdish People’s Democratic Party from participating in the elections by accusing them of supporting terrorism, thereby breaking the party up and rescinding the judicial immunity of its leaders. The ultimate objective of such an approach would be the return of the seats won by the People’s Democratic Party to the Justice and Development Party.

In his statement following the attack by Turkish warplanes on the village of Zargeli, the head of the Kurdistan Region called on the PKK to shift the battlefield from the Kurdistan Region territories. This statement was made despite the fact that the bombed village was a civilian area and no guerrillas were present there. In the first attack, which took place around 4 AM, a woman was killed, and when the rest of the villagers arrived at her home to help the family, another raid was carried out, killing another eight villagers.

If Barezani means for the PKK to leave residential areas and move to Qandil, the village of Zargeli is in the Qandil Range and no guerilla forces live there. The two guerrillas that died in the attack were killed in the second bombing, having arrived to help the villagers.
Contrary to Barezani’s statement, the PKK does not attack Turkey from Qandil, and it is Turkey that has dragged the battlefield, not the Kurdistan Region and Qandil. The PKK engages the Turkish army from within the country in cities like Hakari and Sirnak.

Then why does Barezani, unlike the Kurdistan Region parties and the parliament, who have named Turkey as the sole perpetrator of this massacre, also present the PKK as a cause of the current tensions? Aside from the economic and trade relations with Turkey, which both sides confirm to be valued at 30 billion dollars, the Kurdistan Region is also facing domestic political problems. He has lost majority seats in parliament and has to build a coalition government or trigger early elections, and to gain votes from national extremist Turkish groups, he has to beat the PKK drum and plans to blame the PKK for the economic problems and lack of political cohesion in the Kurdistan Region.

Barezani and Erdogan share many concerns, both economic and political. Growth in the Turkish economy has shrunk from six percent to three percent and it is in decline. The Kurdistan Region’s government is unable to pay the wages of its public servants and is always at least a few months behind on doing so.

On the regional scene, Turkish policies have completely failed in Egypt, Libya and Syria. Barezani has similarly lost influence in many Kurdish areas, even Rojava, which was traditionally held by the Kurdistan Democratic Party and but now supports the Democratic Union Party, which is closer to the PKK.

The Kurdistan Region has not only lost areas of Shingal and Makhmoor since August 3, 2014, the presence of PKK forces in Kirkuk and other parts of Iraqi Kurdistan in the fight against ISIS has enhanced the party’s popularity in these areas and in Erbil.

Previous experience reveals that the PKK issue will not be resolved through bombing and military attacks on Qandil, and the head of Iraqi Kurdistan knows this full well. In an attack in 1992, which later came to be called the Sandwich Attack, the Turkish army, with complete armor and air equipment together with the Kurdistan Democratic Party (Barezani’s Party) and the Patriotic Union of Kurdistan Party, attacked Qandil to obliterate the PKK. With more than 1,200 dead, the PKK not only did not leave Qandil, it even went on to take a large of swath of Badinan under its control and to date has maintained its control over Qandil.