The ministry of industry, mining and trade claimed last year that Iran’s industrial growth is on the rise. The deputy head of the ministry said the industrial products output had grown by five percent. According to the latest employment statistics, there has been a two-percent increase in the industrial sector’s employment rate. Meanwhile, Labour Minister Ali Rabii says 400,000 jobs were created in the past year.

In order to get out of the “recession and inflation”, the government has created a number of directives and policies to support the production and manufacturing sector. August 11th has been named “Support Day for Small Industries” and 10 trillion toumans has been allotted for special credits and loans for this sector.

However, one has to ask: does this special day and the statement of the government reveal growth in the economy and improvement in the production and manufacturing sector? 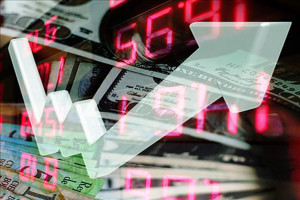 Production Sector Already in the Red
Iran’s oil-dependent economy has suffered its deepest decline in the past 10 years. The fall in the price of oil, inadequate policy-making and severe economic sanctions have rained severe blows on producers across the country. Reports indicate that financial investment has fallen significantly in recent years.

Last June, Iran’s Chamber of Commerce announced that 67 percent of various production and manufacturing units across the provinces had shut down. Field examination of industrial complexes across the country reveals that between 40 and 60 percent of them have gone bankrupt and shut down, and at least 20 percent are in a half-closed state and on the verge complete shutdown.

The Chamber of Commerce reports that Khorasan in northeastern Iran has been the hardest hit, with more than 1,000 factory and plant closures. Lorestan is another province severely affected by the economic hardships befalling the production sector. Western Azerbaijan and Alborz provinces have also seen their manufacturing sector decline by more than 60 percent. Zanjan, Hamadan and Mazandaran are also seeing a decline in the manufacturing sector, with many factories working at half capacity or less and finally having to shut down.

The government has not, however, remained committed to its promises in recent years. According to reports from Parliament and the Chamber of Commerce, in addition to sanctions, the rising price of energy that resulted from the restructuring of government subsidies has raised costs for the manufacturing sector, making their products more expensive and unable to compete against foreign-made goods in the market.

The government owes 32 trillion toumans to the manufacturing sector, and the minister of industry has announced that it can only pay 3 trillion toumans of that debt from the revenues generated through the restructuring of subsidies. The government was supposed to stop the payment of cash benefits to households in higher income brackets; however, recent reports indicate that the administration has not cut off any households from the cash benefits set up to counteract the higher prices triggered by the restructuring of subsidies.

Meanwhile, the government is imposing further adverse effects on the manufacturing sector by allowing the import of foreign consumer goods that overwhelm the domestic market. Islamic Republic customs reports indicate that 90 percent of imports in the past eight years were consumer goods.

The ministry of industry maintains that it has overseen a 17-percent increase in the import of industrial goods and materials; however, wheat, rice, grains and soya are included on the list of Iranian imports. Meanwhile, smuggled goods, which are estimated to be worth $25 billion a year, are also working against domestic manufacturers.

Banking System at Odds with Domestic Production
While liquidity in the money market has improved in recent years, the manufacturing sector has not benefited from this increase. The parliamentary probe indicates that “funding and bank loans” are one of the major obstacles facing producers.

Reports indicate that less than 32 percent of bank loans and credits have gone to the manufacturing sector. The head of Industrial Complexes says banks do not support small businesses and industries and do not provide them with the financial means to get ahead.

Last Breaths of the Manufacturing Sector
The government and economic experts are hoping that the culmination of the nuclear negotiations and the return of petroleum exports to pre-sanctions levels will remedy the government’s budget shortfall and allow it to inject a greater cash flow into the manufacturing sector.

However, the damage caused by the sanctions, inadequate policies and rising energy costs does not have a short-term remedy. The manufacturing sector has become severely worn out in recent years with the accumulation of annual losses, thereby losing its foothold in the market, and a recovery would require long-term planning and policy-making by the government. However, the government’s economic program merely shows an inclination toward a market economy and competitiveness without providing the necessary tools and resources for domestic manufacturers and producers.

Therefore, the fate of 700 small manufacturing units that have been taken over by banks due to loan payment defaults may become the fate of many more domestic production units already in crisis.