With the launch of tourism and development plans for the protected island of Ashuradeh, independent organizations are highly concerned that the island is being handed over to the private sector.

The Ashuradeh Rescue Committee, an independent organization comprised of a series of environmental groups opposing the transfer of the island to the private sector, has written an open letter to Vice President Eshagh Jahangiri, alerting him to the possible adverse environmental effects of developing the area for tourism. 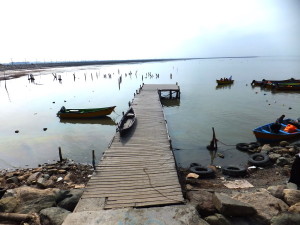 Ashuradeh is the only Iranian Island on the Caspian Sea, and the Miyankaleh Wildlife Sanctuary, one of the country’s most important wildlife habitats, has been under the supervision of the Department of the Environment as a protected area since 1975.

The unique topography of the island and the ecological importance of the lagoon located on it have been registered in the International Ramsar Convention and on the UNESCO list of Biosphere Reserves.

The transfer of the Island began in 2005, when 380 hectares of the wildlife sanctuary were handed over to the private sector under a tourism development plan. However, environmental activists pressured the government to rescind the handover and transfer the supervision of the area back to the Department of the Environment.

The Ashuradeh Rescue Committee writes in its letter to Jahangiri that since the new administration took over in 2013, there have been rumours about reviving the handover to the private sector.

The committee states that Golestan Province officials have also been making statements regarding the launch of development projects on Ashuradeh, which some sources indicate may start as early as the next few days.

The letter stresses that based on laws for the protection and improvement of the environment, Iran’s commitment to the Convention on Conservation of Biodiversity, Desertification Control and the view expressed by the International Union for Conservation of Nature (IUCN), Ashuradeh Island is a protected area of Zone 2 nature and cannot possibly be developed into a tourist attraction.