Iran’s Department of Environment has announced that sixty schools focused on environmental studies will be launched in the different climate regions of the country beginning this September. 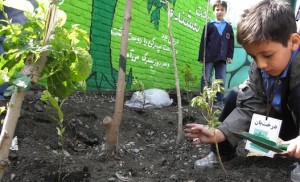 The Schools starting from kindergarten to elementary levels up to grade nine will incorporate teaching strategies to engender environmental awareness in children, and from Grade nine environmental studies will be taught as a major part of the curriculum throughout high school.

Mohammad Darvish, head of the Department of Environment’s Public Education and Participation announced the news to Mehr News Agency explaining that providing students with environmental awareness and knowledge is the chief objective of the initiative’ He went on to add that the schools will be set up in the five different ecozones of the country as well as the capital and referred to as Comprehensive Environmental Schools. Ten schools will reportedly be set up in each of the five ecozones, five for each gender. He added that Tehran will also get ten Comprehensive Environment schools.

Darvish reported that the schools will be a pilot project and during the first year they will be closely monitored and evaluated in order to improve the program so that within the next ten years all schools across the country can be transformed into the program.

The school buildings will also be ecofriendly incorporating all forms of energy saving techniques, use of renewable energy as well as recycling, reducing use of paper and minimizing garbage.

The students will also spend half a day each week on outdoor field trips to identify and appreciate environmental issues.

Iran’s Department of Environment is heavily burdened with serious concerns about environmental issues all across the country. Water shortage, drying out of lakes and wetlands, loss of wildlife habitats and species as well as serious air, water and soil pollution are pressing concerns demanding immediate solutions.

Environmental studies has never been formally incorporated into school curricula in Iran to date. There have been however isolated efforts by specific principals or teachers to bring a level of environmental awareness to children in the wake of all the pressing environmental issues faced by the country.